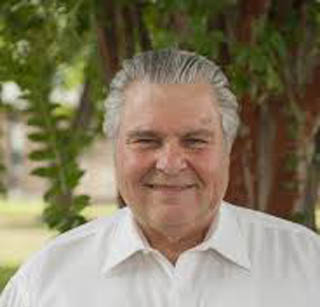 Following the reporting of the unofficial results Commissioner Polizos went to Facebook to report his results, “Thank you so much for the support! 46% of a bigger than expected turnout. Only because of awesome supporters like you! Now for the runoff where you’ll help us win.”

“I’m proud of the work I have done as an education advocate. Alabama’s Education system needs reform and I am not going to back down because AEA attacks me. I am the only candidate that is pushing education reform and not defending the education status quo. I support the Accountability Act because I believe it is good for our students and families.”

Alabama Republican Chairman Bill Armistead extended congratulations to Dimitri Polizos and Charlotte Meadows Tuesday evening when the election results for the House District 74 special primary election indicated that the two would face each other in the Republican Primary Runoff.

ALGOP Chairman said, “I congratulate Dimitri Polizos and Charlotte Meadows for their successful campaign to have an opportunity to face each other in a runoff scheduled for November 19. Voters in House District 74 will have another conservative Republican in the House to continue the outstanding progress the state has made since Republicans gained a majority in the Legislature. Alabamians have now learned that there is no difference in the Alabama Democrat Party and the National Democrat Party as both are too liberal for voters in Alabama.”

The House District 74 special primary election runoff election is scheduled for Tuesday, November 19, 2013.
The seat became vacant following the resignation of Representative Jay Love this past August and will be up for re-election again in 2014 along with every other seat in the Alabama Legislature.

Chairman Armistead said, “With the upcoming 2014 elections in Alabama, it is important to keep conservatives in the State House who will display strong leadership and will fight to keep our state on track.”

Polizos has been running on the slogan, “It’s time to send a businessman to the State House.” Dimitri Polizos’ father founded the long popular Riviera Restaurant in Montgomery back in the 1960s. Polizos has been a Montgomery County Commissioner since 2004.

Dimitri Polizos said on his website, “I am running as a Republican in the upcoming special election for your state house district. Jay Love has resigned. He represented us well, and I hope to offer the kind of leadership Jay has provided for us since he was first elected in 2002.”

The winner of the Republican Primary will fill Love’s unexpired term because no Democrat qualified to run in the heavily Republican district.