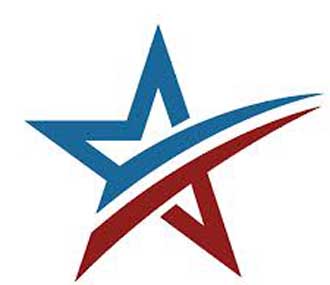 FreedomWorks PAC President Matt Kibbe said in a written statement, “Our fiscal house is in chaos. Congress has lost sight of our constitutional principles, and career politicians are to blame. If we are going to change the status quo in Washington, we need to start by sending people to Congress who understand how big the mess is, and who have the backbone to fix it. We need to elect citizens who have more experience in the private sector than the government sector, and Dr. Mathis is that kind of citizen.”

Dr. Mathis said in a statement, “I’m honored to have the support of FreedomWorks PAC because they stand for the same ideals of lower taxes, less government, and more freedom that the people of Alabama’s 6th District share. Our campaign stands proudly with grassroots conservatives who believe it’s time for a new kind of conservative leader who will hold the line on spending and end Obamacare.”

Mathis is running for the Sixth District Congressional District currently held by Rep. Spencer Bachus (R) from Vestavia. After serving in the seat for 21 years Bachus announced that he would not seek re-election when his current term expires.

On Tuesday, Dr. Mathis told an estimated crowd of 95 friends, family, and supporters, “I’m running because I love God, my family, Alabama, and the Constitution. When I look at my children, Abby and Ben, I want to be able to tell them I did everything I could to stop out of control government spending and Obamacare.”

Dr. Mathis said that if elected he would work to hold the line on spending, cut taxes, kill Obamacare, stop running deficits, balance a budget, and make government smaller. I will tackle these issues so Alabama’s 6th District families have more opportunities and freedom.”  Dr. Mathis said, “I’ve read every word of Obamacare, and I know it will ruin America’s healthcare system, kill jobs, and drive up costs for Alabamians. We’ve had Obamacare in place for a week now, and it’s already on life support. The citizens of the 6th Congressional district deserve better than broken government websites and empty healthcare promises.”

Also on Tuesday, Alabama Attorney General Luther Strange (R) announced that he would not seek the seat.

Dr. Mathis has been practicing medicine for the last decade and helped start the Alabama Bone and Joint Clinic, He also was the founding chairman of the Alabama Coalition for Charter Schools.

The Republican Primary will be in June 2014.