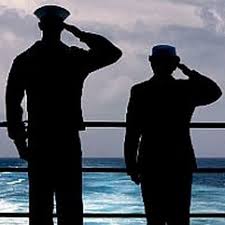 On Tuesday, the U.S. House of Representatives passed legislation restoring funding for military death benefits during the government shutdown. Congresswoman Martha Roby (R) from Montgomery joined the entire House in voting for the legislation after the Pentagon refused to pay promised death benefits for four soldiers and one Marine recently killed in the long ongoing war in Afghanistan.

Representative Roby said in a written statement, “Those who gave the last measure of devotion for this country deserve every measure of respect from its government. I was proud to vote to restore funding for benefits we provide to families of fallen soldiers, and I’m proud that the House vote was unanimous. Political disagreements in Washington should never get in the way of our most solemn duty: supporting and honoring our military men and women and their families.”

The “death gratuity” benefit is a payment of $100,000 sent to families of members of the military who are killed in the line of duty. Generally the families are flown out to Dover Air Base to accept the returning coffins and the money is used to pay for the funeral and other final expenses. Late last week lawyers at the Pentagon determined that DoD did not have the authority to pay the families of the four recently killed service members due to the government shutdown so informed the five families that they would not be flown to Dover and would not receive the promised money. Rep. Roby and most members of Congress believe that the previous enactment of the Pay Our Military Act last week gave broad authority to the Pentagon to be able to pay for its personnel activities, which should have included the death benefits for fallen soldiers.

Rep. Roby said, “This temporary shutdown of the government isn’t good for anybody, but we can come together to fund essential services even during this situation. The Pay Our Military Act and the Honoring the Families of Fallen Soldier Act are two of 12 stopgap funding bills passed by the House, and there’s more to come. While we continue to look for ways to end the shutdown for good, I urge the Senate and President Obama to get behind our additional funding bills so that Americans don’t unnecessarily suffer during this political stalemate in Washington.”