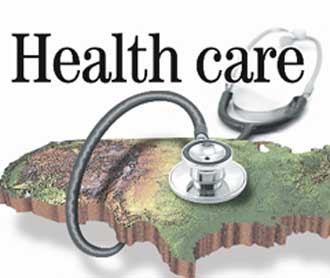 Conservatives had placed a lot of hope in a 2012 lawsuit challenging the Patient Protection and Affordable Care of 2010 (better known as Obamacare). Over 25 states including Alabama, the National Federation of Independent Businesses, and several individuals and groups challenged the constitutionality of the individual mandate that ordered every American to purchase health insurance regardless of price. Liberty advocates were largely disappointed in the controversial ruling by the United States Supreme Court. Conservative legal scholars have not ended their efforts to find legal grounds to fight the unpopular legislation which gives the federal government unprecedented power over the economic lives of American citizens.

On Wednesday October 9, 2013 the Foundation for Moral Law filed an Amicus Curiae (friend of the Court) brief with the United States Supreme Court in support of a case brought by Liberty University challenging the Affordable Care Act.

The Foundation (which was founded by the current Chief Justice of the Alabama Supreme Court, Roy Moore) argued to the high Court that Obama Care is unconstitutional under the decision of that Court in NFIB vs. Sibelius holding that the Affordable Care Act was a lawful act of Congress under its power to tax. However, as a revenue-raising bill under the Origination Clause of the United States Constitution Obama Care should have originated in the House of Representatives and not the United States Senate where it was initially proposed. Therefore, Obama Care is simply unconstitutional because revenue raising measures must arise in the House.

In 2010, the Patient Protection and Affordable Care Act (PPACA) was written in a long, partisan, drawn out process by the then Democratic controlled U.S. House of Representatives. The House passed their legislation without a single Republican vote. Then it went to the U.S. Senate. In the Senate, Montana Democrat Max Bauchus jettisoned the Pelosi legislation and substituted the current 1,100++ bill which was hastily written by staffers of a handful of Democratic Senators. That bill narrowly passed the Senate and then the Pelosi House voted to concur without amendment. Liberty University and the Foundation for Moral Law are arguing in their filings before the court, that the Bauchus substitution was unconstitutional for a tax measure. Originally the writers of the legislation claimed the Affordable Care Act was not a tax bill, but the Obama administration argued (successfully) before the court that the U.S. Constitution does give the federal government taxing authority to impose tax penalties on Americans who do not either work for an employer that provides health insurance or purchase coverage themselves.

Liberty University and the Foundation for Moral Law are arguing that if the PPACA was a revenue bill (as the Court previously ruled in NFIB v. Sebelius), then Bauchus could not substitute his version for the House originated version. If the Court ruled in favor of the plaintiffs then the PPACA would be sent back to the U.S. House of Representatives, which is now firmly in Republican hands. Given the current makeup of the Congress it seems highly unlikely that anything with an individual mandate could pass muster.

The original justification for passing healthcare reform was that millions of Americans did not have health insurance and that massive change was needed to make more Americans insured. Unfortunately, the Obama administration made those compliant policies so loaded with so-called essential benefits that most Americans will see their old policies replaced by new much more expensive policies. In Alabama many families could drive a new Cadillac for roughly the same amount as the payment for their new compliant policies. Millions of poor Americans will receive health insurance through the costly Medicaid program (though not in Alabama), but for millions of Americans (particularly in Alabama where Blue Cross Blue Shield has 89% of the health insurance market) the Affordable Care Act has made their health insurance much less affordable.