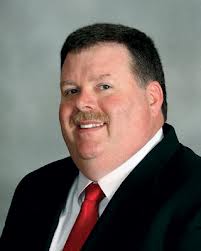 Tim Sprayberry is running as a Republican candidate for the Alabama Senate in District 13.

Sprayberry contacted The Alabama Political Reporter about accusations that have recently been hurled at his campaign.

We asked Sprayberry a few questions:

1. Did you take contributions from the Alabama Education Association (AEA)?

Sprayberry replied, “Yes I did.” Sprayberry said that he had received two contributions of $15,000 each from the AEA.

2. Did the AEA recruit you to run against Senator Gerald Dial (R) from Lineville?

Spraybery said, “No I ran on my own.”

Sprayberry said that he was in Montgomery trying to raise money for his campaign when one of his friends suggested that the AEA might be one option. A friend of a friend then introduced Sprayberry to AEA Executive Secretary Henry Mabry. The two met and Mabry agreed to donate AEA funds to Sprayberry’s campaign.

Some Republican opponents of the Rainy Day Patriots (RDP) and the Tea Party have accused Sprayberry of being a link between the AEA and the Tea Party Movement. Sprayberry denied being either a leader or even a member of the Calhoun County RDP. Sprayberry said that a friend of his asked him to come speak to the Calhoun County RDP, which he did because he was running for office and that was the only time that he ever attended a Rainy Day Patriots of Calhoun County meeting, however he feels that the Tea Party movement is the ideals and the spirit of the Republican Party like it was in the 1980s and that he shares that political philosophy.

The Alabama Political Reporter asked Sprayberry: To the best of your knowledge is the AEA attempting to use the Tea Party to elect liberals who will do their bidding in Montgomery?

Sprayberry replied: “Absolutely not…I am absolutely not a liberal…If I am elected I will go to Montgomery to represent the interests of the people of District 13 not the AEA or party bosses.”

The Alabama Political Reporter asked Sprayberry how long he has been a Republican. He said that there were no Republicans in Cleburne County when he was growing up, but back in the mid 1980s while at Auburn he began studying the platforms of the two parties and came to the conclusion then that he was a Republican. He began attending Republican Party meetings and gradually become more involved in politics.

The Alabama Political Reporter asked, has Dial been around too long?

Sprayberry replied, “Absolutely too long.” Sprayberry said that he was a proponent of term limits. Sen. Dial was first elected to the Senate in 1974.

Sprayberry said that if he had been in the Senate at the time, he would have voted against the Alabama Accountability Act, because it takes money out of schools in District 13; but does not benefit a single child in District 13.

Sprayberry says that he supports school choice. But, the only two failing schools in District 13 are Henry and LaFayette and there is no place for those children to go. It is just too far to drive to a private school. Sprayberry said that Senate District 13 would lose $3.661,031 if the Alabama Accountability Act were fully implemented. Sprayberry said,

Sprayberry said that he believes in the sanctity of life and believes that less government is better government. Sprayberry grew up in Cleburne County and is a retired police officer with 16 years of service. He is presently working as a private investigator.

The Chairman of the Calhoun County GOP, Gene Howard, stated in his newsletter,

‘AEA’s radical new candidate strategy . . . the most liberal political organization in Alabama has devised a new strategy in recruiting candidates for the 2014 general election. AEA is now recruiting Tea Party-leaning groups for candidates to run against Republican incumbents. And they’re giving them big bucks to help undermine the Alabama GOP. It’s their version of guess-whoí’s-the-new-RINO-hiding-out-in-the-Republican-Party.

Howard was basing his theory on Sprayberry’s acceptance of the AEA campaign contributions and his July speech to the Calhoun County RDP.

The 2014 Republican Primary will be in June.