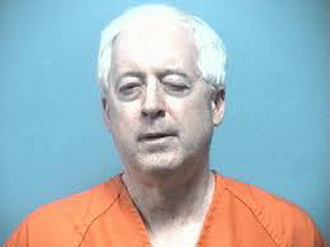 MONTGOMERY—Despite the fact that arrested blogger Roger Shuler is no friend to the National Bloggers Club, they have decided to come to his defense.

Shuler was arrested last week in Shelby County on two counts of contempt of court and one count of resisting arrest.

The National Bloggers Club says it, “…works to educate, provide access and equip citizen journalists to uphold the principles of the First Amendment and advocate for economic and individual freedom.”

They, however, do not believe that Shuler and his blog, Legal Schnauzer, live up to the principles of good journalism.

The release also points out that Shuler has been threatened with a defamation suit from the organization’s president Ali A. Akbar.

In an October 26 letter from Montgomery attorney Baron Coleman, Akbar offered a chance for Shuler to free himself of a third defamation suit by issuing a retraction within ten days or “face swift and certain legal action.”

The retraction has to do with the fact that Shuler promoted a report of an alleged homosexual affair between Akbar and former George Bush political guru, Karl Rove.

Shuler’s current troubles stem from his reports that Rob Riley, the son of former Gov. Bob Riley, had engaged in an extra-marital affair with a lobbyist that ended in an abortion and a six-figure payoff. Doubts as to Riley and the lobbyist being public figures have been raised, as well as the fact that Shuler reports the incidents as matters of fact, without accompanying proof, beyond speculation. As a result, Riley slapped Shuler with a defamation suit.

The National Bloggers Club points out that Shuler, “…admitted to skipping an October 18 hearing in the case…[and] called the judge an ‘appointed whore’ and claimed the ‘kangaroo court’ had no jurisdiction over him.”

However, what the National Bloggers Club and many other journalists find chilling is the preliminary injunction placed against Shuler: “Unfortunately for bloggers and free speech advocates, the injunction in the Shuler case is quite narrow and his speech has not been found to be defamatory. As a result, the National Bloggers Club believes the injunction, not the case itself, poses the real threat to bloggers. Simply put, there is not a sufficient benefit to a plaintiff before the determination truth or falsity to outweigh the impact an injunction has on the freedom of speech. There is an adequate remedy available when and if Shuler’s speech is declared defamatory. A more specific injunction can be placed on Legal Schnauzer and its authors at that time,” said the Club.

The injunction against Shuler reads in part:

One of the problems here is that the injunction forbids Shuler from saying something before he says it. It is also suspect if such injunctions have a place in defamation cases.

According to the National Bloggers, “Whether an injunction is proper in defamation cases is an issue gaining an increased amount of attention from those within the legal community and those within free speech organizations. Free speech advocates often assert that injunctions in defamation suits against online publishers pose a serious risk to rights guaranteed by the First Amendment. However, many free speech advocates offer what they see as a remedy that might satisfy both sides of the argument, which is allowing for injunctions for statements determined to be false.”

The Club also makes the argument that, “…the injunction, not the case itself, poses the real threat to bloggers. Simply put, there is not a sufficient benefit to a plaintiff before the determination truth or falsity to outweigh the impact an injunction has on the freedom of speech. There is an adequate remedy available when and if Shuler’s speech is declared defamatory. A more specific injunction can be placed on Legal Schnauzer and its authors at that time.”

While coming to Shuler’s defense as to the injunction, the Club condemns him for being a “rumormonger” and “cyberbullying.”

Some see Shuler as a hero. Others see him as a loon out for revenge.

Most journalists are concerned about what the injunction against Shuler may mean for the next blogger that crosses the rich or powerful.

Editor’s Note: Baron Coleman is a commentator/analyst on our new show called, “The V” which airs on ABC 33/40 every Sunday morning @ 11:30 and is hosted by our editor-in-chief, Bill Britt.