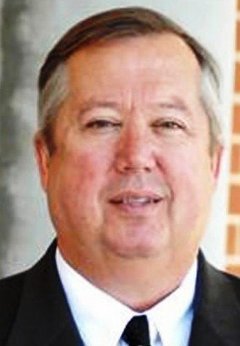 Alabama Democrats are attempting to break the Republican Super Majority in both the Alabama House and Senate, but for any effort to hope to succeed they will need to hold on to their incumbents’ seats.

On Thursday, that got more difficult when former State Representative Bobby Humphryes (R) announced his intention to run for State House of Representatives District 16 against Daniel Boman (D) from Sulligent.

Former Representative Humphryes said in a prepared statement, “Large portions of District 16 were affected by tornadoes in the past several years which have left residents homeless and in hard economic times. We need someone who will work to bring jobs and let these families put back the pieces of their lives. We have been taxed enough and government spending is out of control. I plan on bringing blue collar jobs to Western Alabama.”

Alabama State Representative Daniel Boman was elected to the House in 2010 as part of the Republican landslide victory which gave the Republicans control of both houses of the state legislature. Following the epic defeat, several of the surviving Democratic incumbents switched to the Republican Party. Rep. Boman shocked most political observers by being the only Republican legislator to switch to the Alabama Democratic Party. Rep. Boman then ran for Congress against popular incumbent Representative Robert Aderholt (R) from Haleyville. His congressional campaign never really received any traction and Boman was easily trounced by the conservative Aderholt.

Bobby Humphryes is a former fire fighter who served in the Alabama House of Representatives from 1998 until 2006. Humphryes left the legislature to serve on the Jefferson County Commission from 2006 to 2010.

Humphryes said, “The residents of District 16 deserve conservative representation they can trust. I know what it is like to struggle month in and month out and I will always support our hard working families.”Humphryes statement said that he has a proven record on fighting higher taxes, controlling government spending and standing up for family values.

State Representative Jim McClendon (R) from Springville said that Boman faces a difficult challenge running as a Democrat in a conservative district like District 16.

Bobby Humphryes is married to the former Marcy Brasher. Humphryes has two daughters, Angela and Staci, and five grandchildren..

District 16 includes portions of Jefferson, Tuscaloosa, Lamar and Fayette counties and it’s boundaries changed substantially during redistricting and reapportionment from its boundaries in 2010, when Boman was previously elected.

The Republican Primary will be in June.