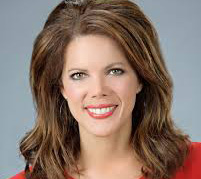 Former Miss Alabama Amie Beth Shaver (R) announced late last week that she was seeking the Alabama House of Representatives seat in District 43. Shaver released a video message on Facebook and Twitter as well as a press statement announcing her candidacy for Alabama State House District 43.

The initial web spot, entitled “Come Along” can be seen at: http://youtu.be/xQ_D00AxZY8

House District 43 includes the Valleydale and Riverchase area of Shelby County, a portion of greater Pelham and part of the Altadena neighborhood in Jefferson County.

Amie Beth Shaver is the adopted daughter of Dr. Douglas and Barbara Dickinson. She is married to Dr. Chris Shaver and they have four children, Emmy (14), Wesley Kate (12), Will (10) and Molly (6).

Amie Beth is a native of Shelby County and is a graduate of Samford University. As Miss Alabama in 1994 Amie Beth focused on a platform centered on adoption and the Right to Life.

Amie Beth is also the author of ‘Who Moved the Line? America’s Character Crisis.’

Following the publication of her Amie Beth went on a nation wide speaking tour with a range of topics from abortion, adoption, teen pregnancy, motherhood, faith and politics. Recently, Amie Beth has been the spokesman for several conservative grassroots organizations in Alabama, and is a frequent guest and fan favorite on conservative talk radio.

Amie Beth lives in Inverness with her family. They attend The Church at Brookhills.

District 43 is currently represented by Rep Mary Sue McClurkin (R) from Indian Springs. Representative McClurkin announced she will not seek re-election when her term ends in 2014.

Pro-Life activist Cheryl Ciamarra and Pelham optometrist, Douglas Clark, have both announced that they are also seeking the Republican nomination in District 43.

The Republican Primary will be held in June of 2014.