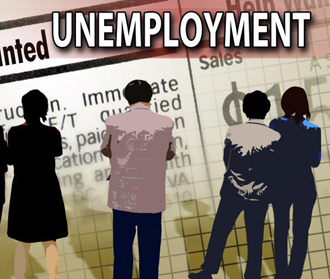 Those of us over 40 remember much different economic times, from the world we have witnessed (and in some cases experienced) since 2008. Stores and restaurants were eager to recruit us, to come work for them by the time we were 14. For those of us who were more of the outdoors types, there was no shortage of people willing to hire us to fix/build fence, bale hay, mow grass, or lay asphalt shingles.

Gas was cheap. Food was cheap. Used cars and trucks were cheap. Getting a “job” was rarely ever a serious concern.  I went to college with savings and a college job offer.  I worked part time for the whole time I was in college, worked summers and had my first job lined up with two quarters of college to go. There was not much interviewing.  People I knew offered me jobs….sometimes I took their offer and I was always doing something.

For today’s youth, finding work of any kind is much harder. There are people in their 20’s who would like to find their first job and college graduates who are working part time for minimum wage.

There are couples who would like to get married and start a family. But, neither are moving forward in their careers enough to seriously contemplate such a radical move, even though, at their age, their parents and grandparents were already married with kids and owned a home. Record numbers of working age Americans are out of the work force altogether.

Most of us blame the Great Recession, but that has been over for almost four years now and we are still waiting for the recovery to reach the job market. Some economists are starting to reach the conclusion that it may not be coming.

“What if the world we’ve been living in for the past five years is the new normal? What if depression-like conditions are on track to persist, not for another year or two, but for decades?”

“A number of economists have been flirting with such thoughts for a while. And now they’ve moved into the mainstream. In fact, the case for ‘secular stagnation’ — a persistent state in which a depressed economy is the norm, with episodes of full employment few and far between — was made forcefully recently at the most ultrarespectable of venues, the I.M.F.’s big annual research conference. And the person making that case was none other than Larry Summers.”

Krugman said that Summers point is that,

“Before the crisis we had a huge housing and debt bubble. Yet even with this huge bubble boosting spending, the overall economy was only so-so — the job market was O.K. but not great, and the boom was never powerful enough to produce significant inflationary pressure.”

Early in the Recession, the very influential Krugman argued for stimulus to flood the economy with easy government money so that that money would be out there to stimulate the economy leading to economic growth that would raise the nation (and the whole world with it) out of depression conditions.

Now it DID work for “the wealthy” who have large investments in equities. That money went from unemployment checks, food stamps, Medicaid, government pay checks, and disability checks to Wal-Mart, Kraft, Johnson & Johnson, Microsoft, Apple, Verizon, and other corporate giants. The stock market has reached record highs this week, but all of that government spending, much of it to keep households afloat, did little to build actually wealth on main street and create new jobs for growing numbers of impoverished Americans.

President Barack Hussein Obama has even stopped meeting with his jobs council and reports of lowered numbers of officially unemployed persons are accompanied by reports of growing numbers of Americans who have fallen out of the work force altogether.

Krugman (while never acknowledging that the stimulus failed) still does not want to exit this strategy…..apparently ever.  Instead he argues that,

Easy money should, and probably will, be with us for a very long time. This, in turn, means we can forget all those scare stories about government debt, which run along the lines of “It may not be a problem now, but just wait until interest rates rise.”

Krugman argues that, “Attempts to reduce budget deficits) make everyone worse off — for a long time.”

Perhaps, sitting on the couch playing ‘Battlefield IV’ going on XXVII on your X-box day after day year after year while waiting for the government to reload your SNAP card so you can buy some Lays potato chips at Wal-Mart is the new normal; but is that society really desirable?

Will Ainsworth2 days ago