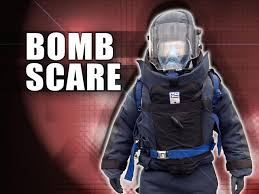 Several schools in the Decatur were ordered to evacuate after authorities said a suspicious device had been found attached to a rail car at the Daikin facility on Highway 20.  All schools within a five mile radius of the plant were either dismissed or the students were transferred to schools or other facilities outside of the area.

Over a dozen Decatur area schools were dismissed because of the potential of a bomb causing an explosion, leading to the release of toxins into the air.

The Decatur Police, Decatur Fire Department, the Huntsville Bomb Squad and the FBI were on the scene to deal with the threat.

Channel 48 reported that authorities said the estimated potential danger zone was 25 miles. If the worst had happened and an explosion had set off the chemicals at the factory, there was potential for something bad to have occurred.

Fortunately the mysterious package turned out to be marijuana instead of a bomb.

Investigators believe the marijuana had been on the rail car since it was in Mexico. They said the package was the size of a large telephone book and contained 1 to 2 kilograms of marijuana. They believe the rail car entered the United States in Brownsville, Texas.  The package was in the dome on top of the rail car which was a tanker carrying chemicals. It was discovered when Daikin employees noticed the seal on the dome was broken. They looked, saw the package and reported it.

After the children were evacuated the Huntsville Bomb Squad examined what they though could be an explosive device and instead found that it was a package of marijuana.