As Mayor of the City of Tuskegee, I join President Obama in ordering flags to be flown at half mast, in honor and remembrance of former South African President, Nelson Mandela, who passed away today, December 5, 2013.

Mandela is dead at 95, but freedom and democracy in South Africa is alive.  Nelson Mandela will go down in history as one of the world’s premiere freedom fighters.  We learned of his passing today during a Board Meeting of The World Conference of Mayors (WCM) being held in Atlanta, on the campus of the Morehouse School of Medicine, the place where Dr. Martin Luther King, Jr., another freedom fighter was educated.  We immediately passed a resolution on behalf of The WCM, expressing our sympathy at his death, and expressing praise for his life of courage.  His struggle against apartheid was like our struggle against segregation in the South.

I will never forget being part of a group of other Southern leaders who were invited to South Africa during the late 80’s. Nelson Mandela was still in prison, and the South African government was preparing for the transition from Apartheid to Democracy. They wanted to hear from us about our struggle against segregation in the South, in hopes that they could learn from us as they made the transition.

I was among the group which included State Representative Thad McClammy, Reverend Dr. Thomas Jordan, Reverend Dr. George Washington Carver Richardson, and others, who traveled to Johannesburg, Cape Town, and Pretoria, and shared our freedom fighting experience with the South African government. I was also very much honored, after Mandela was released from prison, to be a part of the reception committee to welcome him, as a free man, when he visited Atlanta in 1990.

We are pleased to have Mayors from South Africa as part of The World Conference of Mayors, and Tuskegee is very pleased to be a Sister City to Soweto, South Africa.

Rest in peace, Honorable President Nelson Mandela, for at last you are now totally free, and you now belong to the ages.

Mallory Hagan, the Democratic candidate for Alabama’s 3rd Congressional District, held a press conference on the steps of the Tuskegee Courthouse to announce the... 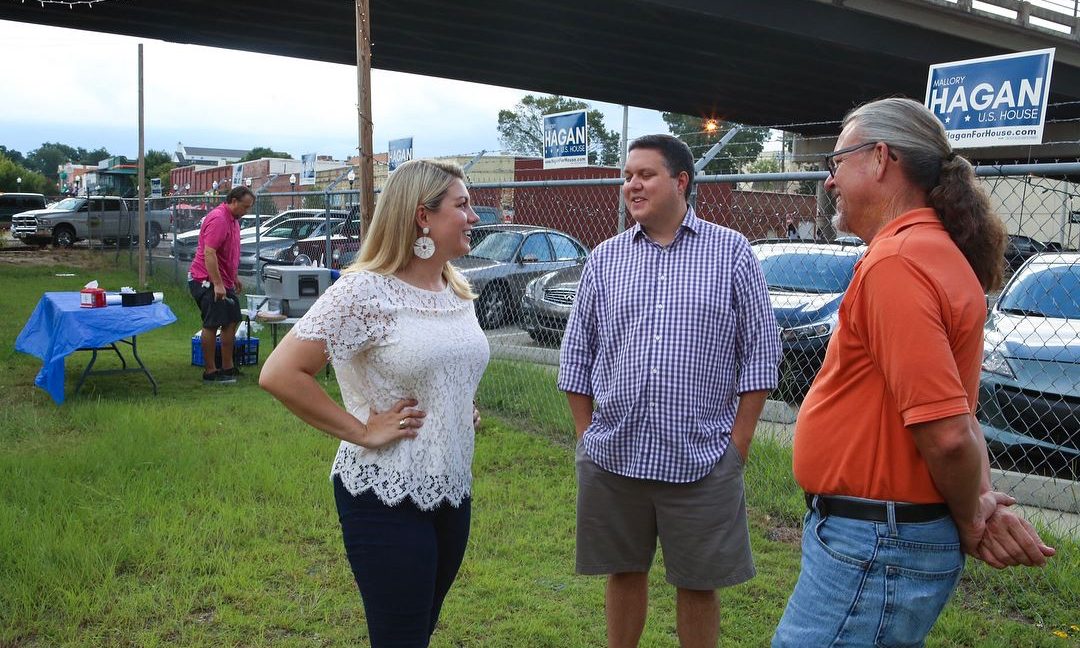 Hagan has busy week of campaigning

Democratic Congressional candidate Mallory Hagan is attempting to cover a lot of ground in personal appearances as she campaigns across the 3rd Congressional District...

U.S. Sen. Doug Jones, D-Alabama, on Monday applauded the passage of a bipartisan amendment that he introduced with Sen. Bill Cassidy, R-Louisiana, requiring that...

U.S. Senator Doug Jones (D-Alabama) filed an amendment that would require the U.S. Department of Veterans Affairs (VA) to submit an annual report on...

By Chip Brownlee Alabama Political Reporter The City of Tuskegee and Macon County will rename a portion of a highway in the city in...