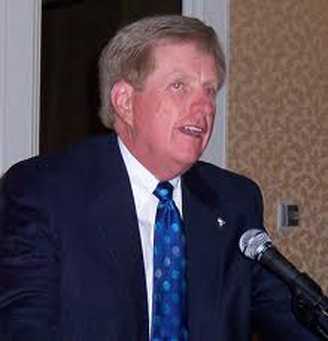 MONTGOMERY—In a stunning turn of events on Monday, the Employees’ Retirement Systems Board of Control voted unanimously to revoke RSA Secretary/Treasurer David Bronner’s authority to make investment decisions, without consent of the investment committee. The resolution calls for a new plan on how investments are made with more board oversight to be determined in February.

The resolution was introduced by Curtis E. Stewart, an appointee of Gov. Robert Bentley.

Bronner immediately responded to the proposal by saying, “If you do this, what do you need me for?”

His question was met by Vice Chair Mrs. Jackie B. Graham, State Personnel Director later asking, “If we do not do this, then what are we doing here?”

This resolution is in keeping with legislative statute, which gives the Investment Committee the authority over investment made on behalf of the Employees’ Retirement System.

In the past, Bronner has made these decisions virtually without oversight by using the proxy vote of the committee members. Bronner argued that investments could not be made by committee, expressing the fact that Wall Street works in real time and that many good investment opportunities are made in an instant.

Stewart said he wanted to find a way that Bronner and his team could work effectively, while the Board exercised it lawful duties of oversight.

Under statute, the Investment Committee is to review and approve or disapprove each investment made by the Secretary/Treasurer.

After the meeting, Bronner said that this action was “Probably” politically motivated and not based on good policy.

Stewart said that his motivation was completely free of politics and he was only looking to do what was best for the fund.

Tension has existed between Bronner and Gov. Bentley because the fund has performed poorly in comparison to the gains made in the markets. Stewart said he was acting independently of the Governor.

In recent years, the RSA of Alabama has grown evermore dependent on the State to finance its shortfalls, which are in the hundreds of millions of dollars annually.

Bronner indicated that the resolution is the result of new board members who did not understand the process and were simply exercising their muscle.

Bronner said after the meeting, “I guess we’re going to have a meeting in February to decide what my authority really is with the Employees’ System and we’ll go from there.”