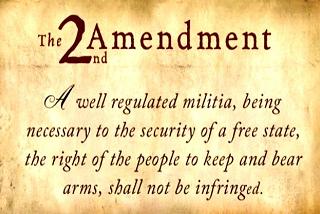 Some of the organizers of the event are dissatisfied with compromises made in the passage of the Omnibus gun bill during the last session and want legislation passed that is closer to the original version of SB 286.

Al Mickle who is one of the organizers of the event wrote on Facebook,

“The Alabama Firearms Freedom Act (AFFA) had been sponsored for 2 or 3 sessions, before the 2013. The support had been growing for 2-3 sessions by this time. In 2013, the AFFA made it out of committee within only 72 hours. Then, even with thousands, upon thousands of people wanting to see the bill pass….’the leadership’ would not even allow it to come to the floor for debate. WE THE PEOPLE wanted a bill that made Alabama a ‘Shall Carry’ State, unless the applicant is a felon, completely mentally unstable, etc. Well, the Sheriff’s Association is comprised of men and women who are also ELECTED), did not want to give up their power. So, Sen. Beason ‘negotiated’ with them (again, they were ALL elected to serve WE THE PEOPLE, yet they are ‘negotiating’ about which of our freedoms are going to get splintered, fractured, removed, etc) Well, we got the “shall issue”, at the expense of a reduction of the Open Carry laws being weakened.”

Mickle previously ran for Congress in the 2012 Republican Primary against incumbent Spencer Bachus from Vestavia.

Participants in the rally are being asked to wear a red shirt.

The version of the Omnibus Gun Bill, SB 286, that passed during the 2013 session allows those who possess a valid Alabama pistol permit to keep firearms stored in their vehicle while at work. It will also anyone who has a valid Alabama hunting license store an unloaded rifle or shotgun in their vehicle while at work. It allows Alabamans to transport a handgun in a vehicle without an Alabama pistol permit as long as the handgun is unloaded, locked in a container and out of reach of the driver or passenger. It changes Alabama from being a “May Issue” concealed carry permit system to a “Shall Issue” permit system and requires that a sheriff must issue or deny the carry permit within thirty days. If someone is denied a permit, a written denial must be provided and the applicant will have an opportunity to appeal. Applicants can ask for a five year concealed carry permit, but any Alabama Concealed Carry Permit expires if you get residency in another state.

SB286 requires that sheriffs use the National Instant Criminal Background Check System (NICS) for background check on concealed pistol permits. SB286 allows for all other valid state-issued concealed carry permits to be recognized in Alabama.  SB 286 also formally legalized open carry of firearms in the state, though any property owner can forbid open carry on their premises simply by putting up a sign forbidding the practice.  Prior to SB 286, even the Sheriffs in Alabama were divided on whether open carry was legal in the state or not.

The Business Council of Alabama (BCA), many Chambers of Commerces in Alabama, and the Alabama Sheriff’s Association strongly opposed SB 286 and demanded concessions in the bill.  While the NRA and Alabama Gun Rights groups were pleased with SB 286, some were not entirely pleased with what they had to give up to get the legislation through the Alabama Senate and want gun rights in Alabama further expanded.

SB 286 was sponsored in the Alabama Senate by Senator Scott Beason (R) from Gardendale and was carried in the House by State Representative Ed Henry (R) from Hartselle.

The group, Gun Rights Across Alabama, is also holding a gun freedom event of their own on Sunday, January 19th at 10:00 am.  Eddie Fulmer with Bamacarry will be speaking at that event.