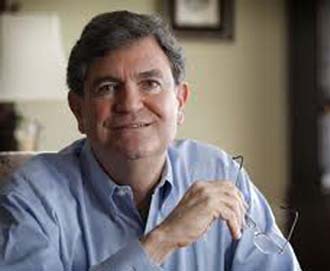 Alabama State Senator Bill Beasley, Former Rep. James Fields, and Lt. Col Shirley Rawls will be the headline speakers at the 2014 Leadership Summit in Mobile on January the 9th.

There will also be a voter registration drive and opportunities to learn about the organization “Plan for Victory.”

Former Democratic State Representative James Fields will be speaking at the event.  Rep. Fields is a 2014 Democratic Candidate for Alabama Lieutenant Governor. Fields was among many Democrats who lost their offices in the Republican landslide that was the 2010 election in Alabama.

Mr. DeMiktric Biggs, the CEO of Capital Strategies Group, is also on the list of featured speakers.  Motivator Joshua Raby of Birmingham, Ms. Myisha Davis the President of Prichard Young Democrats, and State Senator Bill Beasley will also be speaking at this year’s event.  Some political operatives have tried to talk Beasley into running for Governor.  Senator Beasley was elected to the Senate in 2010, after serving three terms in the Alabama House of Representatives.  Beasley is President of Pratts Station, LLC, and operates the Clayton Drug Company and the Clio Drug Company.

Former minor league baseball player and Fayette businessman, Kevan Bass, is the only announced Democratic candidate for Governor at this time.  Bass ran unsuccessfully for Mayor of Fayette in his only previous campaign.

The Keynote Speaker for the evening will be Ms. Shirley Ann Rawls.  Rawls is the President of Alabama NOW.  Ms. Kelly Jones from WPMI –TV 15 will be the guest Moderator.

The Chairman of the Alabama Voter’s Coalition, Gary Johnson said, “I believe when we united together, build and work together, we all win together.  We can not continue to be divided and expect to win, we have to unite and work together. Our candidates that run for office also have to understand that just because they are running as a Democrat or Independent doesn’t guarantee them a vote from minority Democrats. Alabama Voter’s Coalition is committed to educating our minority voter’s and making sure they are prepared on election day.”

In the 2010 and 2012 elections, voters have moved in greater numbers to vote for Republicans, which has translated into Republican super-majorities in the Alabama legislature and every state wide elected office falling to the Republicans.

The Alabama Voter’s Coalition is a nonprofit political organization that is focused on unifying the Democratic minority and independent base by providing political information and education of the political process such as elections, candidates, and legislation in the State of Alabama.  Their goal is to register new voters as while providing a positive outlook on Election Day in Alabama.

The theme of this year’s event is “Rock the Vote.” Seating is limited and a $10 donation is requested but not required.

To learn more or to reserve a place at the event visit the Alabama Voter’s Coalition website at: