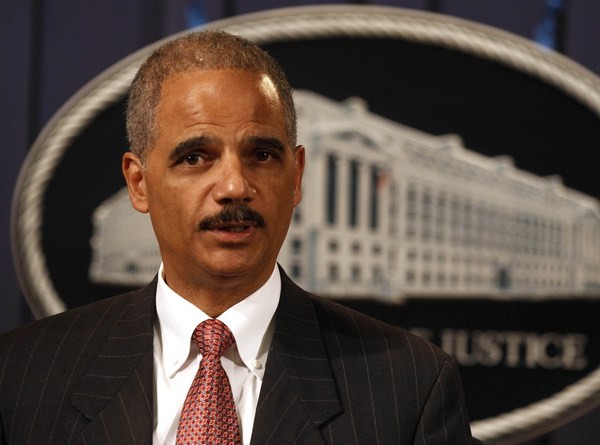 In addition to the $2.3 million the office collected on its own through civil and criminal actions, it worked with other U.S. Attorney’s Offices or Justice Department components to collect an additional $184 million in cases pursued jointly. The Northern District of Alabama participated in 2013 collections resulting from the Justice Department’s $184 million fair lending settlement with Wells Fargo Bank.

U.S. Attorney General Eric Holder announced today that the Justice Department collected about $8.1 billion in civil and criminal actions in the fiscal year ending Sept. 30. The more than $8 billion in collections represents nearly three times the appropriated $2.76 billion budget for the 94 U.S. Attorney’s offices and the main litigating divisions for the 2013 fiscal year.

“The Department’s enforcement actions help to not only ensure justice is served, but also deliver a valuable return to the American people,” Holder said. “It is critical that Congress provide the resources necessary to match the Department’s mounting caseload. As these figures show, supporting our federal prosecutors is a sound investment.”

“I am proud of the hard work by employees in my office that allowed us to return more money to the taxpayer than we were allotted in our budget for the year,” Vance said. “The $14.5 million we collected and recovered through forfeitures in local matters, along with the $184 million we worked with other offices and the Justice Department to collect, should leave no doubt that the U.S. Attorney’s Office in North Alabama renders a great service to our community,” she said.

Of the $2.3 million collected through civil and criminal actions in the Northern District of Alabama alone, $2.1 million was collected as part of criminal prosecutions and $216,562 was recovered through civil lawsuits and debt collections.

Among the cases that led to the office’s $12.2 million in asset forfeitures was the conspiracy, fraud and money laundering conviction of Maurice William Campbell Jr. in a scheme to use his position as director of the Alabama Small Business Development Consortium to obtain $7.3 million from the state. A federal judge last year sentenced Campbell to 15 years in prison and ordered him to pay $5.9 million in restitution to the State of Alabama and to forfeit $7.6 million to the federal government as proceeds of illegal activity. The office seized $1.2 million in assets in the 2013 fiscal year towards the forfeiture judgment. Three other people who worked with Campbell were convicted in the fraud scheme.

The U.S. Attorneys’ Offices, along with the Justice Department’s litigating divisions, are responsible for enforcing and collecting civil and criminal debts owed to the U.S., and criminal debts owed to federal crime victims. The law requires defendants to pay restitution to victims of certain federal crimes who have suffered a physical injury or financial loss. While restitution is paid directly to the victim, criminal fines and felony assessments are paid to the department’s Crime Victims’ Fund, which distributes the funds to state victim compensation and victim assistance programs.

The largest civil collections were from affirmative civil enforcement cases, in which the United States recovered government money lost to fraud or other misconduct or collected fines imposed on individuals and/or corporations for violations of federal health, safety, civil rights or environmental laws. In addition, civil debts were collected on behalf of several federal agencies, including the U.S. Department of Housing and Urban Development, Health and Human Services, Internal Revenue Service, Small Business Administration, and Department of Education.

Forfeited assets are deposited into the Department of Justice Assets Forfeiture Fund and are used to restore funds to crime victims and for a variety of law enforcement purposes.

For further information, the United States Attorneys’ Annual Statistical Reports can be found on the internet at http://www.justice.gov/usao/reading_room/foiamanuals.html

In this article:Department of Justice, Eric Holder