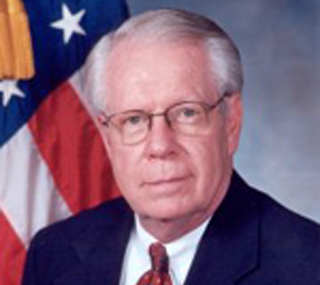 Alabama Secretary of State Jim Bennett (R) announced in a written statement that he was supporting a five-bill legislative package in the upcoming legislative session.

The first priority is a bill that moves the election calendar back to allow absentee election managers enough time to process ballots of military personnel and overseas workers. Sec. of State Bennett said, “This is our number one objective for the legislative session opening Tuesday.  We can do no less than to assure our soldiers have their votes counted.”

The State of Alabama is currently facing litigation from the U.S. Department of Justice demanding that the state give more time for military and overseas ballots.

Sec. Bennett is also supporting a bill to allow Alabama to join a compact of states checking for registration duplications.  Bennett is also asking the legislature to prohibit the purchase of a voter address record of someone who has been a victim of domestic violence showing their new address.  Bennett also favors a requirement that identification in the absentee ballot process to be transmitted with the ballot application rather than with the ballot itself.

According to Bennett’s statement some voters are mistakenly placing their IDs including actual driver’s licenses into security envelopes that cannot be opened without the ID first being seen.  Bennett is also supporting a bill which would allow voter registrars to investigate written reports that a voter may have moved or died as submitted by poll workers. That bill is also supported by the Alabama Probate Judge’s Association.

Secretary of State Jim Bennett was appointed by Alabama Governor Robert Bentley (R) after Sec. of State Beth Chapman resigned this summer to take a position with ALFA before her term had expired.  Chapman was term limited from seeking a third term as Secretary of State.  Three Republicans have already announced that they are vying for the position.

The 2014 legislative session begins with Alabama Governor Robert Bentley’s state of the state address on Tuesday night and begins in earnest on Wednesday, January 15.  This is expected to be a shortened session in order to give legislators more time to go home and campaign in what are expected to be competitive party primaries on June 3.