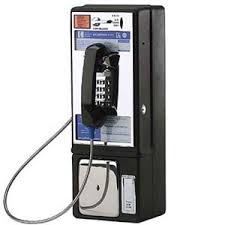 Some debate occurred when the Commission issued an Order a few months ago which provided proposals for further regulation over inmate phone pricing. The pricing schemes in question led to widespread complaints from both consumers (inmate families) and issue advocacy groups, which point to rates as high as twenty dollars for just 10-15 minutes as well as unreliable billing and call quality.

The Order put out by the Public Commission calls for stricter standards in inmate phone call services. The new rules would introduce a cap of .25 cents a minute for all calls, prohibit types of expensive call schemes like “text-to-collect” and “pay now” that attempt to increase profit and decrease taxes incurred by the company, and eliminates fees for what the industry has called “extra” or “above-base” services such as setting up an account, etc.

In addition, the Order made clear that under the new regulation, all fees must be approved and that any evidence that an ICS (Inmate Call Service) tried to profit from financial service fees such as Western Union transfers used to pay for calls could lead to regulatory action “including, but not limited to, refunds to customers with interest.”

At the end of the PSC meeting last Tuesday, members of the Commission and the public joined in singing “Happy Birthday” to one of the utility staffers who was instrumental in the “swift, efficient” reaction to the gas explosion situation that occurred in Birmingham a few weeks ago.

APR caught up with Commissioner Jeremy Oden at the State of the State address. When asked about the rule proposal, which some had thought the Commission would vote on at the last meeting, Oden said that the vote would come soon.

“We will probably be voting on it at our next meeting, so you all can be looking for that.”

Place Two Commissioner Terry Dunn has been in the news recently as many Republicans have risen to challenge him come this primary election cycle. Voters in June will have the chance to decide between Dunn, Political Commentator Steve Flowers and the AL Republicans’ Interim Press Secretary Jonathan Barbee, among others.

The Public Service Commission’s next schedules meeting is February 4th