MONTGOMERY – From January until days before this year’s June 3 primary, the political campaign committee – the campaign war chest – of now retired Congressman Jo Bonner began to empty. Bonner, however, was not spending the money himself, as he is no longer running for public office, but working at the University of Alabama. Instead, Bonner’s campaign committee transferred its contents to the coffers of GOP candidates across the state, causing what has become a political and possible legal firestorm.

Bonner’s committee, identified on the Alabama Secretary of State’s website as the “Jo Bonner for Congress Committee,” began transferring campaign dollars to other candidates as early as August of last year, with a $2,000 donation to Stimpson for Mayor, the campaign committee for the now Mayor of Mobile.

Since then, Bonner’s committee provided nearly a dozen donations to candidate committees in the state, including Del Marsh for State Senate, Luther Strange for AG, Kay Ivey for Lt. Gov, and Jabo Waggoner for Senate totalling a little under $10,000.

Each of the donations, with the exception of that to Stimpson for Mayor, was $1,000 or less, a fact that most of the candidates on the receiving end of the campaign dollars say is crucial to the legality of the transactions.

Democratic candidate for Attorney General and current State Representative Joe Hubbard originally tried to clear the issue up by asking for an official opinion the matter. The AG’s office wrote back to Hubbard denying his standing to request an opinion.

In the media, however, Attorney General Strange, along with others who benefitted from the campaign dollars, point to a provision of the PAC-to-PAC transfer ban that provides for federal to state transfers of up to $1,000, and given the former Congressman’s federal position, and the financial disposition of the donations, the transactions cause no ethical or legal doubt. Indeed, the Secretary of State’s Office has confirmed they agree with this interpretation.

“The Attorney General should know [the intent of the legislature]… because he is the one charged with enforcing the law,” Hubbard said. “I find it interesting he’s going to search for whatever loophole he can find.” 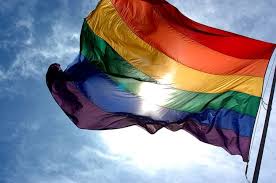