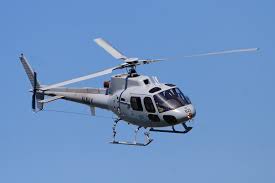 Alabama Governor Robert Bentley announced this morning, Wednesday, January 29, 2014, that he has activated six helicopters to observe the traffic situation on the I-20 corridors and rescue stranded motorists.

Governor Bentley told Fox 6 reporters that the state will come to the rescue of the thousands of people who are stranded on Alabama roadways trapped in cars in frigid conditions.

Gov. Bentley said, “We have got all of our resources there.”

All 844 employees of the Department of Transportation and the Alabama Department of Public Safety are doing what they can to help rescue people and open up the roads.

Gov. Bentley said that people calling 911 are overloading all of our systems.  If you need rescue the Governor said that people need to keep calling.  You will get through eventually and help will come eventually, “If we have to fly a helicopter there, we will.”

The Governor said that he has activated National Guard helicopters as a backup.

The Governor said that over 4000 children had to spend Tuesday Night in their schools because parents could not reach them.

Gov. Bentley said, “Our school children are fine.”  The Governor stressed that the children as safe and are being well cared for.  “I am concerned about people trapped in cars.”  “Truckers take care of themselves,” but many of the car drivers are trapped without heat, food, or water.

Bentley said, “We are going car to car to make sure that no one is in the cars.”  The Gov. said that the state and local authorities will get the cars off the road.

“I am worried more about people we will worry about the cars later.”  “We will put the helicopters down,” to rescue people as necessary.

Gov. Bentley said that we have had five fatalities and 23 injuries from accidents across the state from the sudden ice storm.

Gov. Bentley said that many of the roads in the Birmingham-Hoover area are still iced over and the Alabama Department of Transportation is working to make the roads passable.  “We do have some salt but not a lot.  Most of what we are using is sand.”  Gov. Bentley said that once the state is able to get traffic moving that the heat generated by the moving cars will keep the melted ice from refreezing.

“There are still pockets where there is no movement.”  Gov. Bentley said that he is planning to travel to the crisis area today but is not going to take a helicopter out of commission when it is needed to rescue the stranded motorists.