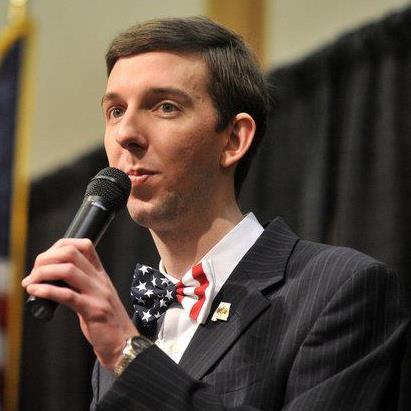 Putting his State and Party first, Republican David Pinkleton made the very difficult decision to not enter the race for the Alabama House of Representatives in District 20.  His decision was based on the best interest of the Republican Party, and more importantly, for the good of the people of the State of Alabama.

“Our nation and Alabama are at a critical point.  I seriously considered running for State House,” said Pinkleton.  “After meeting with Republican elected officials and citizen activists throughout Madison County and Alabama, it is imperative that I not enter the race in order to maintain a united front and support the current elected Republicans who brought positive change to Alabama.”

“Too much is at risk for Alabama, and I do not wish to trigger a costly House race.  Now, more than ever, we need bold, conservative leaders to uphold our nation’s founding principles in Huntsville and in Montgomery.  I hope and pray that I can continue to make a positive impact in our State and on the lives of all I encounter in the coming years.”

“David is a very sharp young man who clearly has a bright future,” said Sanderford.  “I do appreciate his decision to delay running for office.  This is in the best interest of the Madison County delegation and the Republican Party.”

“SHCA has benefitted from the leadership of Mr. Pinkleton during the three years that he has served as our Vice President,” said SHCA President Jeannee Gannuch.  “Our Board of Directors fully supports David’s decision to postpone seeking elected office.  We are confident that he will continue to improve the quality of life and of government through citizen activism.”

David’s support network extends throughout Madison County and the State of Alabama.

“During my time in office, I have watched David Pinkleton work tirelessly on multiple events to solidify the Republican Party and bring new people into the Republican family,” said State Representative Phil Williams (R-Monrovia).  “David has a great future in Alabama as a leader based on his proven performance working hard on campaigns and serving as a positive role model to young people who will become politically aware.”

David will serve as Campaign Manager for Paul Sanford’s re-election to the Alabama Senate.

“I am excited that David will return to our team for our re-election efforts, and I look forward to personally supporting him in future elections,” said State Senator Paul Sanford (R-Huntsville).