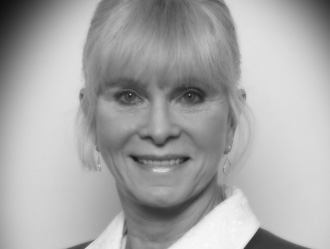 Peterson said, “It’s time to stop the out-of-control EPA and Obama from killing energy, killing jobs and killing the future of our country.  We need ‘cafeteria’ energy options, including coal, natural gas, oil, nuclear, hydro, wind and solar.  I mentioned wind and solar last, because those two options are largely unavailable and most undependable, particularly here in Alabama.”

Peterson continued, “The EPA is trying to shut down Alabama and America’s energy options, especially coal and other fossil fuels.  For example, five years into the approval process for the Keystone pipeline, Obama will not do the right thing and approve the project.  If we don’t stop Obama and the EPA, then soon we will find ourselves in the same situation as Europe, where they have realized a little too late that, without reliable energy, little else matters.”

Peterson concluded, “We can take back our country. Let’s start here in Alabama by not letting the establishment and the special interests choose who will represent us in Montgomery.  We can make our voices heard at the ballot box and vote in people who will do what they say they will do and who will stand up for what is right.”  “My goals are simple:  Get the EPA/Obama off our backs and bring Alabama’s energy bills down.  When I do that, jobs will follow and all Alabamians will benefit.”

Peterson grew up on a farm in Georgia but has been in Alabama for 36 years.  Kathy has a Bachelor’s Degree in Marketing and Finance from the University of Alabama and a Master’s Degree in Public and Private Management from Birmingham Southern College. She also had advanced management studies at Wharton School of Business. Peterson said that she “grew up very poor” but that childhood “gave me the underpinnings needed in life.”  Peterson said that she is “Uniquely and well qualified” for PSC President. Kathy, age 60, is married to Dale Peterson who ran unsuccessfully for Alabama Commissioner of Agriculture in 2010.  She is a member of the Republican State Executive Committee, the Shelby County Republican Executive committee and the founder and past president of Republican Women of Shelby County.

Peterson ran for President of the PSC in 2012, but was defeated in the Republican Primary by current PSC President Twinkle Andress Cavanaugh.  Then Alabama State Representative Jeremy Oden was appointed by Governor Robert Bentley (R) to fill the remainder of Cavanaugh’s term on the PSC when she moved over to the President’s position after defeating Lucy Baxley (the last Democrat to hold a statewide elected office in the state of Alabama).