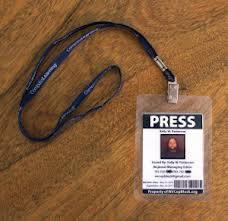 January 23, 2014: an infamous day for the people of Alabama; one they should always remember.

Sadly, most do not know what happened that day because the press, as a whole, has said little about it.

In the near future, they may not have the ability to do so.

On January 23, 2014, the Senate Republican supermajority, with the exception of Republicans Scott Beason, Paul Bussman and Paul Sanford, voted to end freedom of the press as we know it. Every Democrat in the Senate joined the three Republicans in trying to defeat the measure but to no avail.

On that day, the Republicans passed SB11, a bill that among other things will place the authority to grant press credentials in the hands of a select political junta.

If this bill passes the House and is signed by the Governor, it will give elite members of the House and Senate the right include or exclude any member of the press from the State Press Corps.

This is the dream of every authoritarian regime across the world:

Limit the press.
Control the press.
Eliminate those who would speak out against them.

Over the last two years, members of the House and Senate have tried on numerous occasions to deny press credentials to me and other staff at the Alabama Political Reporter.

Men like Sen. Phil Williams (R-Rainbow City) and Rep. Greg Wren (R-Montgomery) have done the biding of their masters—Speaker Mike Hubbard and Senate President Pro Tem Del Marsh—in seeking to have us removed from the State House.

Why? Because we dare to report the truth about the backroom deals and corruption so rampant among the ruling party.

Only the non-partisan offices of the Secretary of the Senate and House Clerk have kept them from their goal.

If SB11 becomes law, politicians and not the non-partisans offices of the House and Senate will be allowed to decide who can and can’t cover them.

This means that only favored reporters will be given access and those who have the courage to report on the unflattering activities within the House and Senate can and will be removed.

This is not hyperbole, but fact: the members of the Legislative Council which will be appointed by the Speaker and the President Pro Tem will hold power over press access.

In the past, aides like Marsh Chief of Staff Phillip Bryan were able to control most of the press by giving them hell or granting them favors.

If plum access to certain stories or joining legislators at parties or free tickets to sporting events didn’t win over a reporter, then people like Bryan would resort to threats and denied access.

To this day, the staff of the Alabama Political Reporter is denied access to press releases from the Speaker and Pro Tem’s office. Many members of the House refuse to speak to us because they are afraid of the wrath of Speaker Hubbard.

If SB11 passes, men like Bryan will not need to threaten or cajole the press, they will simply have them removed by the Legislative junta.

Albert Camus said, “A free press can, of course, be good or bad, but, most certainly without freedom, the press will never be anything but bad.”

Marsh has said that SB11 must be passed and it has been in the Senate. If it passes in the House it will almost certainly guarantee that reporting from the State House will be bad.

One senator said politicians would not dare deny the press access because, “…you would write something bad about us.” That’s like a hooker telling her john she will not give him Gonorrhea because he pays her.

SB11 is a bad bill for many reasons, but it is particularly heinous because it makes the process of granting press rights political.

Thomas Jefferson wrote, “Our liberty depends on the freedom of the press, and that cannot be limited without being lost.”

Sadly, with the exception of three, the Republicans in the Senate don’t seem to believe this.