On Tuesday, February 4, 2014 Republican voters in Elmore and Coosa County selected Mike Holmes as their new Representative in the Alabama House.

Alabama Republican Party Chairman Bill Armistead said, “My congratulations go out to Margie Wilcox and Mike Holmes. These special elections were originally scheduled for last Tuesday, but had to be suspended due to the horrific winter storm that swept across our state. Governor Robert Bentley declared a state of emergency and postponed the two elections until this week. I commend all candidates for their perseverance. Thank you to all those who went to the polls today, your effort is appreciated and necessary.”  Republican Margie Wilcox also won her race on Tuesday, defeating Stephen Carr (D) with 91% of the vote in House District 104.

Mike Holmes is the former Elmore County Republican Party Chairman.  He had important endorsements from the NRA, the Alabama Forestry Association, and Wetumpka Tea President and Co-founder Becky Gerritson.

Mike Holmes said in a prepared statement, “I will take grassroots values to the State House. I have been a salesman, a timber farmer, a business owner and a CEO for a multimillion dollar company. I know how to meet a payroll and live within my means. Montgomery needs someone who will hold the line on reckless spending and ensure our State continues to get its fiscal house in order.”

Holmes said, “My three main priorities as a legislator will be to prevent the reckless spending of our tax dollars, protect private property rights and shrink the size and scope of state government. Free enterprise works best when our leaders let those who know how to conduct business create an environment where business is unencumbered by needless regulation and restrictions.”

Chairman Armistead continued, “Alabama Republicans must continuously work to get out the vote and ensure that we maintain our majority in the legislature. All Alabama legislature seats will be up for reelection this year, it is important that we get out the vote and keep conservatives in the Alabama State House who will display strong leadership and will fight to keep our state on track.”

Holmes will not have to face a special general election opponent because no Democrat qualified to run in the heavily Republican district and because Constitution Party candidate Jeshua Screws ballots were not certified by the Alabama Secretary of State’s office.  Holmes and Wilcox’s elections will strengthen the Republican super-majority in the House by two more votes.

Rep. Mike Holmes will serve for about ten months and will have to face voters again this year in the 2014 election.  The Republican Primary is June 3.

House District 31 became vacant when incumbent Barry Mask resigned to take a job as the Chairman of the Alabama Realtor’s Association. 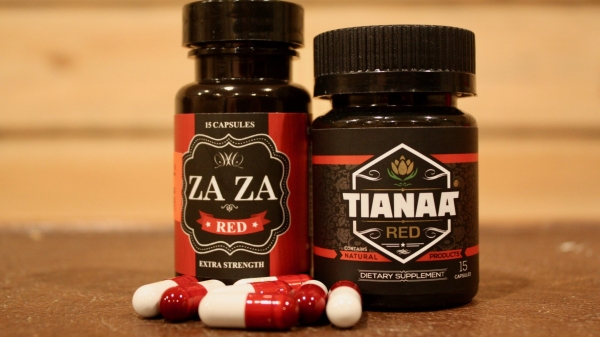 Tianeptine is a substance that mimics the effects of opioids when taken in high enough doses.