Sen. Beason is one of the most conservative Republicans in the Alabama Senate.  Senator Beason has made a career of standing up for conservative principles and conservative ideals. He was the sponsor of Alabama’s anti-illegal immigration bill, HB 56, the omnibus gun rights bill, has led efforts to overturn the controversial Common Core standards in Alabama and he assisted the FBI in corruption investigations of the Alabama Senate.

Sen. Beason said, “I signed Grover Norquist’s pledge to confirm to the voters of the Sixth District that I’ll protect that I’ll continue protect their hard-earned income at the federal level the same as I have the county and state level.  When it comes to taxes, I not only talk the talk, but I also have a long track record of walking the walk.”

Sen. Scott Beason said to a Tea Party Rally after he ran unsuccessfully for Congress in 2012, “Washington is probably gone.  The only chance to save the Republic is at the state level.”  The conservative state Senator has apparently changed his mind.

Sen. Beason has been a conservative champion in the legislature for over a decade. Beason was elected as a State Representative in 1998.  Scott was elected to the State Senate in 2006 and re-elected in 2010.

Beason said, “My record is I do what I say I will do.”  Senator Beason stood against Jefferson County’s Home Rule Bill because it would have let the Jefferson County Commissioners have unlimited authority to raise sales, income, and property taxes after the second year.  Beason said he was representing the people of his district when he defeated Jefferson’s County’s attempt to impose another occupation tax. Beason said the job of an elected representative “is to do what is right and take the arrows.”

Senator Beason said, “The reason people get Washingtonized is because the easiest way to get reelected is to do nothing.  They don’t make any waves.”

Scott and his wife, Lori, and their three children; Keller, Merritt, and McCalan live in Gardendale where they are members of Gardendale’s First Baptist Church.

The Sixth District includes all or parts of Jefferson, Blount, Shelby, Coosa, and Chilton Counties. 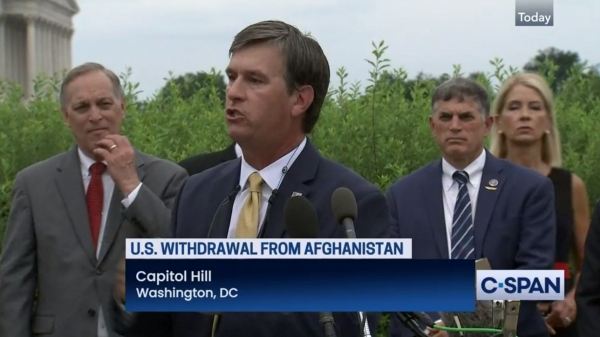