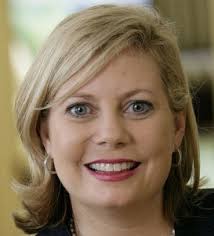 On Tuesday, just as the lawmakers were kicking back into gear for the new legislative week, some interesting political action was happening just down the street in Montgomery at the regularly scheduled meeting of the Alabama Public Service Commission.

The Public Service Commission, composed of President Twinkle Cavanaugh, and Commissioners Terry Dunn and Jeremy Oden, is charged with regulating some of the most largely monopolized industries in Alabama, such as electricity, gas, and more.

Regular business didn’t seem to be the first priority, though —  at least for the Commission’s President Twinkle Cavanaugh. Following the call to order and pledge, Cavanaugh took a point of personal privilege in order to speak at length, after offering the other commissioners the chance. She began a not-so-hidden verbal attack of Commissioner Terry Dunn, who she says has targeted the coal industry in his recent proposal to limit contributions from “wholesale suppliers,” which would include a broad range of industries indirectly affected by Commission regulation, including the coal industry.

“It seems like I might be the only one who would like to take this moment. There has been a commissioner here at the Commission that has accused his colleagues of keeping a fuel source when it is not in the best interest of consumers,” Cavanaugh began.

Cavanaugh, who said she is proud of the coal industry’s support, including campaign contributions, appeared outraged by the prospect of Dunn’s new proposal, pointing to his acquiescence to “Obama’s war on coal.”

While she commented  that she is in support of stringent ethics provisions, and of the cheapest source of energy for Alabamians, no matter what it is, she said:

She then went on to talk about coal’s impact in Alabama, and its ready accessibility and cheap prices, as well as what she sees as the downfalls of alternative energy sources:

“I think it should be known that the only way these alternative forms of energy are viable is through your taxpayer dollars being used as subsidies.”

In fact, fossil fuels receive about two billion dollars a year more in federal subsidies, with coal, oil, and other sources clocking in at ninety billion, and renewable energy at about eighty eight billion.

After her remarks, Cavanaugh asked Commissioner Dunn if he would like to respond, though he declined.

The Public Service Commission’s next meeting is March 6th at 10 am.

The issue of Obama’s “war on coal,” and of Commissioner Dunn’s proposal, landed on the front steps of the State House this week as well, with pro-coal unions rallying on the issue and then heading up to talk to legislators..

“Alabama Public Service Commissioner Terry Dunn is pushing for a bill,” one speaker said,  “that would allow him to take money from environmental groups while restricting the rights of coal miners and their employers to support candidates with a different view.”

Video of the rally can be viewed here.