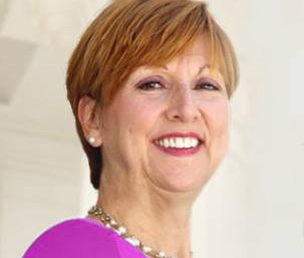 MONTGOMERY – Educator, retired state employee and attorney Therese Ford of Montgomery today announced her candidacy for the Alabama House of Representatives, District 75. “I grew up, worked and raised my family right here in the River Region. It’s a great place to live,” Ford said. The district covers eastern Montgomery County and part of western Elmore County.

“This 2014 Legislative election is a matter of life or death for thousands of working families, seniors and people with disabilities awaiting Medicaid expansion, a moral decision Alabama must make quickly. All of our work to bring jobs and economic development to House District 75 depends upon healthy, well educated citizens of all ages,” Ford said.
“Education quality is linked both to wellness and to safe communities. Crime prevention remains urgent and my long experience with law enforcement prepares me to work closely with our courageous officers and our courts to assure effective justice.”

Ford has Bachelor’s and Master’s degrees from Auburn University Montgomery and a law degree from the Thomas Goode Jones School of Law at Faulkner University. She retired from the Alabama Criminal Justice Information Center and served as Director of the Law Enforcement Systems Integration and Standards Board. She is a member of the Boards of Directors for Aid to Inmate Mothers and for the Institute for Criminal Justice Education. She also serves on the State Veteran’s Treatment Court Task Force at the Alabama Department of Veteran’s Affairs.

Since 2005, Ford has worked as an educator in the tri-county public schools teaching college level American Government courses through the Dual Enrollment program. She is currently an Adjunct Instructor in the Department of Criminal Justice at Faulkner University. She has an adult daughter and two young grandsons who live in Montgomery.

Ford was the 2012 Democratic nominee for Congress in Alabama’s 2nd Congressional District, where she carried Montgomery County with 53% of the vote.

In this article:Alabama House of Representatives, District 75, Therese Ford

The legislation clarifies that commercial airports are exempt from paying sales and use taxes.