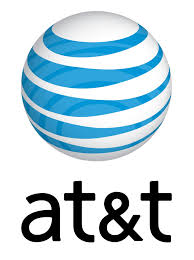 MONTGOMERY—Just five days after the State Senate held a committee meeting on a bill that would end the Public Service Commission’s oversight of Telco complaints, a former executive of BellSouth gave $20,000 to Alabama 2014 PAC.

The $20,000 campaign contribution was given by retired Bell South executive William R. McNair (Bill), who is also on the Auburn University Board of Trustees.

According to the University’s website, “McNair retired as Vice President of Network Operations from BellSouth in 2001, after 33 years with the company. While at BellSouth, he held positions in the company’s engineering, operations, human resources and marketing organizations.”

So far this year, Waggoner has received $3,000 in campaign contributions from Alabama’s largest Telco, AT&A.

The four members of the Senate Commerce Transportation and Utilities Committee who passed the bill have taken $1,000 each from AT&T.

The members who received money from the telecommunications giant are Gerald Allen (R), Greg Reed (R), Bill Holtzclaw (R) and the one Democrat on the committee, Quinton Ross.

The companion bill HB155 was carried in the House by Rep. Mike Hill (R-Columbiana). Hill received $1,000 in campaign contributions from AT&T so far this year. Speaker of the House Mike Hubbard (R-Auburn) has received $5,000 this cycle from AT&T.

The Telco also gave a total of $1,500 to three of the committee members, George Bandy, Mike Jones and Bill Roberts.