The Alabama Voter’s Coalition executive committee has issued a written statement announcing that it has voted to request a special meeting with Mark Kennedy, Joe Reed, and Nancy Worley.

Alabama Voter’s Coalition Chairman Gary Johnson said, “It is time for Mr. Kennedy, Mr. Reed, and Chairwoman Worley to sit down and settle their differences and move forward. There is no reason for us to continue to be divided because of our differences. It is time for us to unite now for the sake of our party, supporters, and voters.”

The committee voted unanimously on a resolution to request the meeting to discuss all the tensions between the state Democratic Party and the former chair Mark Kennedy and Vice-Chair Mr. Joe Reed.

“Come to the table and let’s work out a solution, not just for each individual, but for the party”, said Chairman Gary Johnson.

The group has proposed a date for the meeting and has given Marcus Echols the authority to represent the coalition.  Marcus Echols is a Field Director with the Alabama Voter’s Coalition for the 4th Congressional District.

Chairman Gary Johnson is a native and resident of Mobile County.   Johnson is a former member of the Mobile County Democratic Executive Committee, was the Democratic Nominee for State Representative District 102 in 2002 and 2006, is an ordained elder at his local church, and is a small business owner.

For a long time Alabamians voted Republican in national elections, but sent Democrats to represent them in Montgomery.  Guy Hunt was the first Republican Governor in 1986.  He was re-elected in 1990.  Former Democratic Governor Fob James was elected as Alabama’s second 20th Century Republican in 1994.  Beginning with Perry Hooper Senior the Republicans increasingly dominated state court races.  In 2002 the Republicans narrowly won back the Governor’s mansion when Bob Riley was elected.  Republicans, under the leadership of Bob Riley and Mike Hubbard, were able to gradually erode that support by convincing voters that there is no difference between Alabama Democrats and Nancy Pelosi’s Democrats.  It was a clever strategy that combined with Democrats being embroiled in a string of corruption scandals resulted in a Republican landslide in 2010 that gave the Republicans every statewide office on the ballot, two additional Congressional seats, and super majorities in both the Alabama House and the Alabama Senate.  This was the first time that Republicans have held any majority in either house since the mid-1870s.

Kennedy struggled to raise money or even recruit candidates in the 2012 elections.  The party had to sack its own Chief Justice of the Alabama Supreme Court candidate, Harry Lyon, when Lyon’s homophobia, personal hatred for Kennedy and over the top rhetoric got too much to bear.   Republican Roy Moore then easily defeated the Democrats hand-picked candidate, Jefferson County Circuit Judge Robert Vance.  The Democrats last remaining state wide office holder, PSC President Lucy Baxley was unseated by her Republican challenger, Twinkle Andress Cavanaugh. 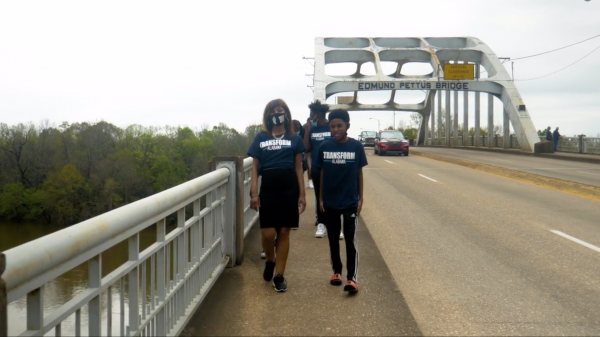