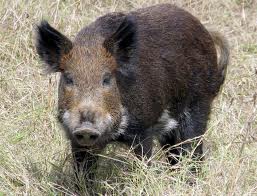 The Republican-controlled legislature continues its slow and steady progress toward giving total control of the government over to the will of two men.

Last year Sen. Jimmy Holley (R-Alba), a former faithful Democrat and AEA adherent, turned Republican, and introduced SB122. SB122 would have placed immense authority under a newly-formed Legislative Council. So, this session, the bill has been broken in to three bills, SB11, SB178 and HB178.

Some of the more overtly egregious portions of the former SB122 have been muted or obscured behind vague language that will be interrupted later by the council to mean whatever they want it to mean.

SB11 and SB178 will place great power under the Legislative Council, a 20-member group which will be appointed by the Speaker of the House and the Senate President Pro Tem.

These two offices already have almost unchecked powers over the legislative process, but if these new laws are implemented, their power will grow exponentially. The Legislative Council will also hire a Legislative Czar to oversee the daily workings of what some are calling the “Council of Kings.”

In reality, the Czar—who will receive a six figure salary—will be little more than a paid puppet controlled by the Speaker and Pro Tem.

It has been said that this position will be offered to retiring Representative Greg Wren.

Last year, Speaker Hubbard used Wren as the sponsor of an amendment to SB122 that would have given the power of granting press credentials to the Speaker, Pro Tem and Lt. Governor.

Wren has also taken credit for placing 23 words in last year’s General Fund Budget which would have meant millions of dollars to Speaker Hubbard client American Pharmacy Cooperative Inc. Wren has appeared before the Lee County Grand Jury and it is believed to be connect to his relationship with Hubbard.

This year, the proposed legislation is silent as to who will have ultimate power over press access.

Another change that has occurred this year is that under the old SB122 the Office of Public Examiners would have been placed under the Legislative Council. This session HB350, carried by Ed Henry (R-Decatur), would unify the Public Examiners under the State Auditor’s Office.

Interestingly, in the recent committee meeting on HB350, it was also Wren who argued most eloquently for the problems that would arise if the examiners were placed under the State Auditor.

Senate President Pro Tem Marsh has made it clear that he “must” have passage of SB11 and SB178 this session.

The fact is, Marsh and Hubbard would prefer the Public Examiner’s Office be under the control of the all powerful Legislative Council. Interestingly, in light of Marsh’s declaration, none of these bill have been fast tracked. This has led some to believe that a new bait-and-switch is in the making. It is thought that Hubbard and Marsh will slowly walk these bills to conference committee and then, like the Accountability Act, they will be rewritten to consolidate everything under the Council of Kings.

Senator Marsh owns a company named, Sneaky Hog; quite apropos for a man who bends the rules with such abandon.

As the old saying goes, “Never trust a man who keeps pigs as pets.”……or one who is an old, sneaky hog.