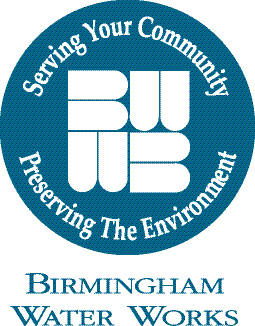 All will remember the days before the beginning of this year’s 2014 Regular Session of the Alabama Legislature when “non-controversy” was the prediction of the day. Most now though will concede, that that idea has flown out the window, with half the session over and bills flying out of the woodwork.

Many of the bills causing some controversy seem to be either proposed by those not running for reelection this cycle, or by those in safe, partisan districts unlikely to breed real competition. These types of proposals are usually very unlikely to pass the entire legislature, but do stir up some attention.

One piece of legislation, though, with versions in both the House and Senate, seems unique, and likely to be carried out to some type of conclusion, whether it be an up or down vote in the chambers – or something a bit more drastic.
Although some off the details are different in the House and Senate bills, the thrust of the proposed change is that there is currently not enough representation on the Birmingham Water Works board for those who are outside the City of Birmingham, and outside Jefferson County.

Proponents of changes say they consider the water services a tax and want representation, while opponents point to the fact the Birmingham is providing a service voluntarily and customers are utilizing it voluntarily.

Currently, besides Jefferson, the water board services citizens of Walker, Blount, Shelby, and St.Clair counties. About 98,000 customers are in Jefferson County, and about 18,000 are in the other four counties.

Some GOP members have said, though, that this isn’t just about how many customers there are in these areas.

“It’s also the resources,” Representative Paul Demarco told the Alabama Media Group, referring to the fact the much of the water board’s water supply comes from these counties. “All they’ve simply asked was to have some sort of input or say and knowledge of what’s going on with the resources within their community.”

Yesterday, the House Health Committee considered the legislation in a public hearing.

“A water rate and a water invoice is a tax, and our city and our county has no representation in the taxing authority that levies a tax against our citizens,” said James Sell, a representative of the City of Moody and St.Clair County, “This bill seeks to provide that level of representation.”

Democratic Representative John Knight took serious exception with Sell’s testimony, pointing to what is a better possibility in his view:

“If you don’t like what’s going on with the Jefferson County board, what prohibits you from having your own water system?”

In addition, the BWW board just announced that they will commission a study on that very possibility: cutting off service outside Jefferson County.

Highlights from the hearing can be seen here.

Adrine Smith-Brown, a social worker with Jefferson County DHR, is the recipient of the 2021 Alabama Spirit of Adult Protective Services Award.

Opinion | The session might be over, but the gambling bill still isn’t dead

"With a large number of lawmakers still in support of the comprehensive gambling bill, a special session looms."