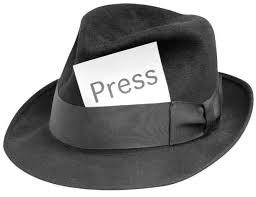 Birmingham/Hoover area talk-radio personality Michael Hart, 101.5 FM, spoke Thursday night, February 20, 2014, to the Rainy Day Patriots about an Obama administration plan that would put government researchers into newsrooms across the country to report back to the Federal Communications Commission about the reporting at the TV or radio stations. The FCC has long claimed jurisdiction over those newsrooms because of the necessity of their having to have a license in order to operate. The FCC however is extending this reportedly ‘voluntary’ study to include legacy media such as newspapers as well as internet media outlets like the Alabama Political Reporter.

The stated purpose of this study is to “identify and understand the critical information needs of the American public, with special emphasis on vulnerable-disadvantaged populations.”

Michael Hart said this news, “Was absolutely stunning to me.”  Under the terms of the FCC’s Critical Information Need (CIN) the FEC will begin to sit inside TV and radio and newspaper newsrooms.  Hart said that it is, “Unbelievably dangerous to how constitutional rights are being encroached upon.”

FCC Commissioner Ajit Pai writing in the Wall Street Journal warned that the May 2013 plan would stifle the freedom of the press.  Pai wrote, “The American people, for their part, disagree about what they want to watch,” wrote Pai, appointed to the FCC’s five-member commission in May 2012 by President Obama. “But everyone should agree on this: The government has no place pressuring media organizations into covering certain stories.”

Hart warned that this could eventually lead to the loss all of our free press rights.  “Newspapers will not be exempt.  There will be federal monitors in every newsroom beginning in two months.”  “This administration has run positively amuck.”  “Government is making an effort to seize control of the media.”  “All broadcast facilities are on constant lockdown by law to protect against seizure by a foreign government in case we are invaded.  Our own government is now making an effort to seize control of its own media.”

105.5 FM talk radio host Leah Brandon said, “Talk Radio is their target. The only newsrooms where conservative journalists still work. They know that station mgmt will cave and we will cover their man made global warming nonsense, give out false Obamacare numbers, stay quiet on Benghazi, drop the IRS targeting scandals, report lies about the unemployment numbers, wont dare mention the AP Wiretapping scandal or The NSA scandal or Fast and Furious and will quit whining about the debt. That’s just for starters. Conservative journalists will quit before doing that. They will quit when the monitor shows up. As for FOX NEWS….this President has a pen and a phone. Jurisdiction?”  Ms. Brandon posted a link to the Commissioner Pai editorial.

Hart said that this, “Is happening on our watch.”  “If you are a Christian this should scare the Hell out of you.  “The nation that we grew up in is lost.”

Critics of the plan warned that it could lead to the revival of the 1949 Fairness Doctrine, which stifled debate at TV and radio stations throughout the 1960s and ’70s.  The agency stopped enforcing the policy in the late 1980s, and then-FCC Chairman Julius Genachowski eliminated it in August 2011.

Although at this point the plan is reportedly voluntary, Michael Hart said that the TV and radio stations have to have their FCC licenses renewed every eight years.  Hart compared this plan to tactics used by repressive regimes all over the world, including in the former Soviet Union.

The Chief Counsel of the American Center for Law and Justice, Jay Sekulow said, “This is an extremely troubling and dangerous development that represents the latest in an ongoing assault on the Constitution by the Obama administration.  The federal government has no place attempting to control the media, using the unconstitutional actions of repressive regimes to squelch free speech.”

News-talk radio host Steve West said on Facebook, “When it becomes illegal to criticize the government, will THAT finally wake Americans up to the reality that their freedoms are gone? Nothing else seems to.”

The new project is expected to start this spring with a field test in Columbia, S.C.

Shelby has sponsored similar legislation each Congress since joining the Senate.