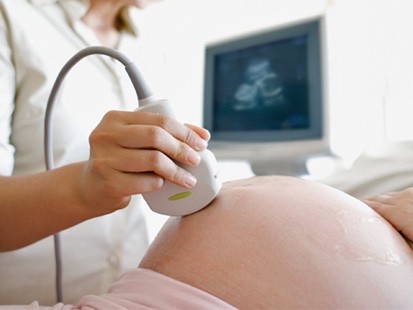 Last Wednesday, as the Alabama Political Reporter reported extensively, several pro-life bills were up for debate in a public hearing in the House Health Committee.
As many have noted, this year’s session began with plans for a noncontroversial session by GOP leadership, but few dispute those plans are now going somewhat awry, with those not running for reelection and those in safe, partisan districts proposing legislation that the mainstream ALGOP consider uncouth in an election year.

The committee meeting room was packed with lawmakers, the press, and activists both pro and con.

One by one, the committee called up each bill, and proponents and opponents spoke in turn either praising or bashing the bill.

HB489, sponsored by Representative Ed Henry, R-Decatur, would increase the waiting period from to 24 to 48 hours between the time a woman is given certain information about alternatives like adoption and the time she can have the procedure performed. It has more than two dozen cosponsors in the House.

HB493, sponsored by Representative Kurt Wallace, R-Maplesville, would require that mothers carrying children with lethal fetal anomalies be advised that in rare cases the child can live, and that support services are available in any case.
HB494, sponsored by Representative Mike Jones, R-Andalusia, would require that minors have a parent sign consent in the presence of a physician. It would also provide for the appointment of a guardian ad litem to represent the interests of the unborn child in some cases, and would make it a crime to coerce a minor into an abortion procedure. It has 18 cosponsors in the House.

The final bill, sponsored by RepresentativeMary Sue McClurkin of Indian Springs was by far the most controversial.
“From someone who is not seeking reelection this year,” McClurkin began, “I would like to bring this bill before you and ask for your strong consideration.”

McClurkin’s bill, HB490, would require that doctors check for a fetal heartbeat prior to an abortion procedure. If a heartbeat was detected, it would make performing the abortion a felony criminal act.

“Well, it’s the same that it is for determining whether a person is dead or alive that we use in hospitals,” the bill’s sponsor responded. “Those devices that…..where’s our nurse? That’s called….”

“A stethoscope?” the candidate for Attorney General asked. “So you would use a stethoscope on the stomach of a woman carrying a child?”

“Yes, or an echogram,” McClurkin finished.

Video of McClurkin’s explanation of the bill, and the stethoscope exchange can be seen here.

No vote was taken on the bills this week, but they are likely to be on the agenda next Wednesday.