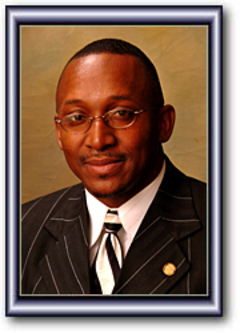 Yesterday in the Senate floor, during a procedural filibuster of the day’s actions by the Republican super-majority, Democratic Senator Bobby Singleton plugged his appearance on this week’s episode of Alabama Political Reporter’s The Voice of Alabama Politics.

“I’m proud to say that I was on The V today, and you can see me on Sunday Morning, on the V, talkin’ about catfish.”

The video can be viewed here.

Senator Singleton also discussed a bill he is sponsoring to lower the penalties for some offenses related to the upcoming implementation of Alabama’s voter ID law.

You can catch this week’s episode live on Sunday at 11:00 on ABC in both Montgomery and Birmingham.

As always, you can also watch this and every week’s episode online on our Youtube.