When it comes to religion, Alabama lawmakers just can’t stop living in a bygone era: The legislature is poised to pass several troubling measures this session that would authorize public schools to impose official prayer on students and encourage schools and other governmental bodies to put up new displays of the Ten Commandments on public property.

Yes, it has been well settled for over half a century that official, public-school- sponsored prayers violate the separation of church and state. The Alabama legislature even played its own part in reaffirming that separation, when, in 1985, the Supreme Court struck down Alabama statutes intended to “return” prayer to schools.

Yes, the Supreme Court ruled more than thirty years ago that posting the Ten Commandments in public school classrooms is unconstitutional. And yes, a decade ago, after the ACLU of Alabama filed suit, a federal appeals court ruled that Alabama Supreme Court Justice Roy Moore could not install a gigantic monument of the Ten Commandments in the court’s rotunda. But this has not deterred state lawmakers from trying again and again to turn back the clock to a time when government bureaucrats routinely flouted the Constitution by discriminating against and marginalizing those of minority faiths and demanding that citizens conform to officially-favored religious beliefs.

From a practical and economic perspective, the proposed amendment makes little sense. No state law can trump the Constitution. Cities, towns, and schools that decide to put up the Ten Commandments are thus likely to end up on the losing end of a lawsuit, and they won’t be able to use the new state constitution language as a defense. Recognizing that these displays tend to invite litigation and are often deemed unlawful, the amendment would also provide that “[n]o public funds may be expended in defense of the constitutionality of this amendment.”

Additionally, the ACLU of Alabama has opposed the amendment (HB 45 and SB 64) because religious monuments erected on government property send an exclusionary message to minority-faiths adherents and non-believers: “You are second-class citizens.” This message is detestable; it is un-American and unnecessarily divides communities along lines of faith. To enshrine this message in Alabama’s constitution would bring no small measure of shame to our state.

Although some have argued in response that the amendment would merely acknowledge the historical role the Ten Commandments have played, legislators have made their true aims clear. Sen. Trip Pittman explained to one reporter that “the purpose of these [displays] is the laws of God.” According to Pittman, “[P]eople who have followed those commandments have inhabited most of the world. They have procreated. They have remained healthy. They have respected private property. They haven’t borne false witness, which is now rampant on the Internet and caused all kinds of tragedies.” Apparently, in Pittman’s view, those who do not subscribe to Biblical doctrine are worse than second-class citizens; they are childless weaklings, thieves, and liars.

Lawmakers’ excursion to the past doesn’t end there, however. The legislature is also considering one bill (HB 318) that would require public school teachers to read a daily morning prayer to students and another (HB 281) that, under the guise or protecting religious expression, would set the stage to incorporate official, student- led prayer into a variety of school events. Again, it has been clear for more than a half-century that such practices violate the First Amendment.

Regardless of the source or content of school-sponsored prayers, they are simply off-limits, as Alabama legislators— and anyone with even a cursory understanding of the Bill of Rights— should well know.

Parents send their children to our public schools to be educated, not religiously indoctrinated.

Unfortunately, Alabama’s legislators are stuck in the past. It’s time that they step into the present and realize that, in a pluralistic and religiously diverse nation like the United States, religious liberty will thrive now and for future generations only if the government remains neutral on matters of faith and gives citizens the breathing room to decide for themselves where and when to pray, and what religious beliefs, if any, to follow. 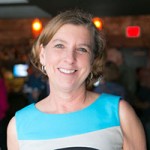 Critics say the bill could create a "chilling effect" on voter education efforts.