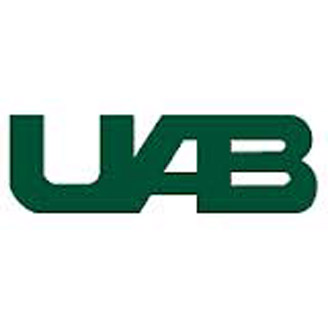 Troy University Professor and recent Medicaid expansion analysis coauthor Scott Beaulier has been out in the media – on television and in print – defending his research, which directly challenges two previous studies done by UAB and UA examining the potential economic impact expanded Medicaid under the Affordable Care Act could have on the state.

Beaulier’s main speaking point against the previous research, and indeed what is the focus of the new Troy study, is “examining the assumptions” that UAB and UA made in their studies.

“We just relax a few of the assumptions made in their studies,” the Troy Professor and director of the Johnson Center for Political Economy recently said.

Examining a few assumptions of our own, APR took a look at the Troy Study, titled “Feasibility of Medicaid Expansion in Alabama,” and found early on – in the introduction – an incorrect assumption that Beaulier made then and continues to promulgate.

The introduction to the study takes on the air of political angst more than academic candor, even attacking RSA’s David Bronner by name:

“Throughout 2013, the State of Alabama was inundated with media coverage of the cost of Alabama not expanding Medicaid under the Patient Protection and Affordable Care Act. The calls for expansion have continued into 2014 in spite of Governor Bentley’s repeated refusal to do so. For example, David Bronner, CEO of the Retirement Systems of Alabama. has included a monthly update in the RSA bulletin on the status of the expansion and drafted numerous op-eds pressuring Governor Bentley to expand the program,” The Johnson Center Study says.

Earlier this week, The Alabama Political Reporter pointed out that the Johnson Center was founded by money ($3.7 million) from the Koch Foundation, which donated about half that amount to Florida State University and received veto power over faculty appointments, eventually refusing 60% in one year.

In addition, Professor Beaulier also has close ties to the right wing think tank the Alabama Policy Institute, which is an outspoken opponent of expanding Medicaid under PPACA.

The introduction to the Troy University study continues:

“The media coverage has been primarily centered around two economic impact studies commissioned by the Alabama Hospital Association: The first conducted by the University of Alabama at Birmingham’s Department of Health Care and Policy and another developed by the University of Alabama Center for Business and Economic Research. Unfortunately, these studies have been presented as independent research on the expansion of Medicaid in Alabama under the PPACA. Quite to the contrary, institutions that have a vested financial interest in the expansion have financed both studies. This paper seeks to examine the assumptions, models, and conclusions of the two studies. It will also offer an alternative model for considering the impact of the Medicaid expansion.”

In fact, Alabama Political Reporter has confirmed that the Alabama Hospital Association did not commission or in any way fund the initial University of Alabama at Birmingham study, according to Danne Howard, a senior official with the group.

While the Alabama Hospital Association did commission the second, University of Alabama study, that particular study was only a retrospective analysis based on findings from the earlier UAB work.

Despite this, the Troy University study – which purports to more accurately assess assumptions – inaccurately assumes the worst of its Alabama public four university brethren, and Troy Professor Beaulier continues to assert emphatically that there is likely political or financial incentive for the UAB and UA studies’ conclusions about Medicaid expansion the the Yellowhammer state – no matter how true that may or may not be.