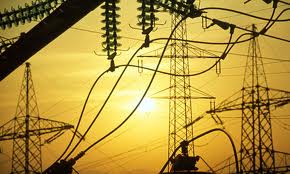 Alabama, like other states, funds its interstate, road, and bridge construction and maintenance with taxes on gasoline and diesel.  We pay for the roads that we need to go to work, to church, to get groceries, etc. when we fuel up at the pump.

The vehicles that we drive however are starting to change and Alabama has to adapt to the vehicles of the 21st century.  HB 552 sponsored by Representative Greg Wren (R) from Montgomery is an acknowledgement on the part of the state to make an effort to do just that.

America is in a domestic energy boom.  New technology and new procedures like fracking are discovering vast new sources of hydro carbons especially natural gas to fuel America’s energy needs well into the 22nd century and perhaps well beyond.  The problem is that Alabama has an antiquated and ineffective method of collecting the tax money that it needs from vehicles using new fuels including compressed natural gas (CNG) and liquefied natural gas (LNG).  Currently Alabama owners of CNG and LNG powered vehicles don’t pay fuel taxes.  They buy a decal from the state.  The state has no method in place to tax the actual fuel the vehicle is really using and trucks coming through Alabama fill up in Alabama and pay absolutely nothing to the state of Alabama even though they are utilizing our roads and bridges.

Rep. John Knight (D) from Montgomery asked why the bill was costing the state $25,000.

Rep. Wren said that was due to the state discontinuing the decal program. When the state develops a plan to tax the actual fuel used then revenues will climb to approximately $100,000 and perhaps more when more vehicles begin to use the new fuels.

Knight said that the legislature needs to stop diverting money from the road and bridge fund.

Rep. Wren said that there are approximately 300 LNG and CNG vehicles currently in Alabama and three liquefied natural gas services stations that are currently not in operation. Propane powered vehicles will continue to use the old decal system.

The Alabama House of Representatives passed HB 552 by a margin of 101 to 0.