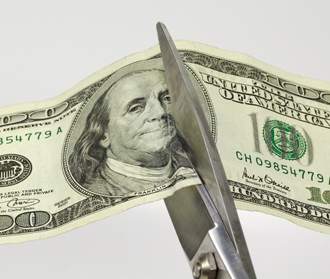 On Wednesday, March 20, the Jefferson County House Delegation met for likely that last time of the quadrennium. Representative Paul DeMarco (R) from Homewood was presiding because Representative John Rogers was absent.

The delegation addressed House Bill 585, which is sponsored by Representative Roderick “Rod” Scott (D) from Fairfield.

Rep. Scott said that HB 585 concerns the transit authority in Jefferson County. It limits the compensation of the chairman to just $20 and stipulates that no elected political person can hold the chairmanship.

The original version of the bill changed the liability language for the transit authority, but Scott said that there was an amendment to the bill that would restore the liability protection to leave it as it currently is.

Rep. Scott said that the transit authority gets some of its revenue from the ad valorem tax at the county level. This bill would leave it like it is for the first $18.5 million but raises the percentage that is earmarked for transit from 2.5 percent to 4 percent above that amount.  Scott estimated that this will bring in another $500,000 to MAX. The transit authority will then take that $500,000 a will use it to get another $2 million in available federal matching funds.

Rep. Scott said that HB 585 was, “A really good thing that will help people get to work.”

Scott then called on Transit Authority attorney, Darrel Perkins.  Perkins said, “We don’t know the answer.” The number that (Jefferson County Commissioner) Carrington’s chief of staff gave me was $500,000.  Our estimate was a higher number. “Quite frankly I expect it to be more than that.”  Perkins said that the money earmarked for transit from the ad valorum tax has been the same since 1986.

Jefferson County Commissioner Joe Knight (R) said, “We are already in dire straits. Taking $900,000 from our general fund puts us in even more dire straits.”

The amendment on the limited liability was adopted.

Rep. Merika Coleman Evans (D) from Midfield said, “I have been ‘hatch-acted’ before. You can serve as an elected official, but not when you are running in a partisan race. I had to resign.”

Rep. Mary Moore (D) from Birmingham said that she has been appointed to a number of boards but it is not for profit. Most of the time what she got paid to be on a board just covered gas money. Rep. Moore said that historically funding for transit has been taken away.  Moore said that the county could save a lot more than $500,000 a year by firing all the bankruptcy attorney that they have retained.

Rep. Moore concluded saying, “I used to serve on the Birmingham Jefferson Transit Advisory Council. Over the years the transit authority has lost a lot of money that was originally supposed to go to transit.”

Rep. Allen Farley (R) from McCalla asked, “How many of those buses will serve my people in rural west Jefferson County?”

Darryl Perkins said, “We are extending the bus lines. There is a need there, but currently none are out there. We need to expand our services and that does take money.”

Rep. Farley asked, “How much of this is going to affect the people that sent me to Montgomery?”

Rep. Patricia Todd (D) from Birmingham made a motion for the bill to receive a Favorable report. It was seconded by Rep. Robinson.

Five legislators vote for the bill and 7 voted against.