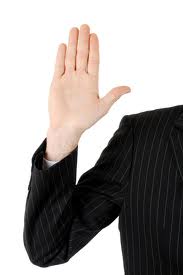 MONTGOMERY—”The politicians told us to trust them and gave us their word that they’d clean up Montgomery. But Speaker Mike Hubbard’s Handshake with Alabama was nothing more than an illusion.” These are the words of John Rice, President of the Alabama Foundation for Limited Government.

Last week, Rice, a former Republican State Senator and a conservative stalwart introduced the “Anti-Corruption pledge,” at the Alabama State House. According to his online bio Rice has, “…been on the political scene in Alabama since the seventies. He has worked for Governors, served in the Legislature and lobbied for conservative, Christian, and libertarian values in our State.”

“I have heard from Alabamians across the State that are concerned about corruption in State government and who want this corruption to stop now,” said Rice, “The Alabama Anti-corruption Pledge is long overdue. It is a document that will clean up the swamp that is Montgomery and in our state government.”

Rice said that in 2010 Republican legislator were going to give Alabama a bath with their Alabama Handshake, yet today those very same legislators are “blocking common sense ethics reform.”

From lobbying and ethics reform, to a simple bill to restore the open meetings act, the leadership of the Republican Supermajority have successfully blocked efforts by their own members to pass any meaningful ethics reform.

Corruption has become so rampant and widespread under Speaker of the House Mike Hubbard (R-Auburn) and Senate President Pro Tem Del Marsh (R-Anniston) that the Attorney General’s Office has been conducted a far reaching investigation into the ranks of the GOP House and Senate Leadership to determine the depth of some lawmaker’s crimes.

Hubbard has been the target of a Special Grand Jury in Lee County for over a year and Marsh has appeared as a witness at the hearings testifying for over six hours on one occasion.

These incidents are according to Rice, the very reason he and a number of conservatives created the pledge.

The foundation is also, “dedicated to exposing the true size and scope of government; empowering Alabama taxpayers with the knowledge and tools necessary to break this stranglehold formed by career politicians, entrenched bureaucrats and big government lobbyists.”

According to the foundation, “The guiding precept for the Alabama Foundation for Limited Government is government is too big, too intrusive, spends too much money and must be scaled back at all levels.”

The organization says it is open to all who want to support the cause of good government reform.
Asking legislators to show their true colors by signing the pledge is only the groups first step toward cleaning up corruption in Alabama, according to Rice.

“Our inaction has allowed the government to truly become the biblical Leviathan with its tentacles forming a strangle hold on all facets of its citizen’s lives.”

Lawmakers and candidates who have taken the pledge include:

Rice says that the foundation welcomes, “Democrats, Republicans and Independents to join us in our effort.”

As an elected leader, I pledge to support legislation that accomplishes the following:

Term Limits for Politicians: Set term limits on state legislators to no more than two consecutive terms, or eight years in either chamber, and no more than a cumulative lifetime total of 12 years in either the state house or the state senate, or limited to four more years for legislators that have already served 12 years.
Close the Politician/Lobbyist Revolving Door: Require former legislators to wait at least two years after their term before being able to lobby members of the legislature.
Require a Public Notice for all State Contract Lobbying: Require anyone who meets to influence the Governor’s office, the legislature, or any state department or agency regarding contracts to register as a lobbyist and publicly report their clients.
Ban Gifts from Lobbyists to Politicians: Ban state elected officials, their staff, and their family members from accepting any gifts such as travel, meals, and football tickets from individuals and special interests, as well as banning purchasing football tickets from special interests.
Stop Politicians from Double Dipping on Taxpayer-Funded Salaries: Ban state elected officials and their immediate family members from double dipping by earning additional income or payments from state agencies that they have budget authority over.
End Campaign Donation Pay-to-Play: Ban individuals and corporations who have contracts with the state from making political contributions to state elected officials.
Outlaw Fundraising During Session: Prohibit state elected officials from raising any political campaign contributions while the legislature is in session.