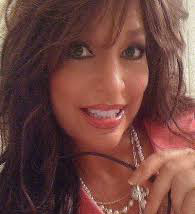 The conservative Alabama Republican Assembly and Bama Carry will be having a Faith, Family, and Freedom rally on Saturday, March 29.  Noted Second Amendment activist and gun expert Jan Morgan will be the keynote speaker.

Bama Carry wrote on their website, “We need all who can, to come and support Jan Morgan. She’s one of the most motivating speakers you’ll ever hear. You’ll also be able to “rub shoulders” with candidates running for office.  Cost of this is only $20 and covers meal and costs involved.”  That event will be March 29th at 6:00 p.m. at Southern Legacy Barbecue in Hoover at 2943 John Hawkins Parkway.

Chances will be sold for a $300 gift card at Hoover Tactical Firearms.

Don Wallace with the Alabama Republican Assembly said of Facebook, “If you are pro-life, pro-2nd Amendment, pro-traditional marriage, and for free market enterprise not socialism, then this just might be an evening for you this Saturday might in Hoover!”

Jan Morgan will also be holding gun classes at Hoover Tactical Firearms in Hoover during the day.  Bamacarry said, “If you’d like to enjoy her gun class please give her a call and let her know as the spaces are limited. Range time and an NRA certificate for basic gun class will be awarded.  We need to fill these up. My wife got her permit after only sitting through her class. (this was a big accomplishment for her!!) Class with range time is $100 and starts at 8:30. Class is only $50 and is the first part of the day until lunch.”

According to her website, “Jan is a Nationally Recognized 2nd Amendment Advocate/Speaker, NRA Certified Firearms Instructor, NRA Certified Range Safety Officer, State Certified Concealed Carry Instructor, founder of Armed American Woman, (a national firearms training program for women) and owner of The Gun Cave Indoor Firing Range in Hot Springs, Arkansas. Her Armed American Woman Firearms training program has a 100% accident free gun safety record and proven record of success with students across the country.  Jan is also an Associated Press Award winning investigative journalist/Owner/Editor JanMorganMedia.com, and has been a contributor on Patriot Update, The Daily Caller, and was selected as the Voice of the Conservative Vote by Texas GOP.  Jan is an Independent Constitutional Conservative.”

To learn more about the Alabama Republican Assembly visit the website.

You must send them an email to get your name on the list to attend.