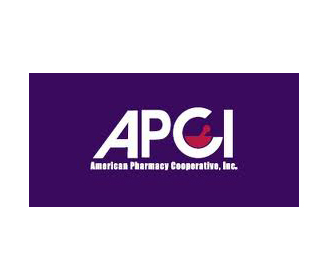 MONTGOMERY—There is an old saying, “A good criminal defense attorney will never allow facts to get in the way of a good defense.”

Such appears to be the case with a statement made by Speaker Mike Hubbard’s white collar crime defense attorney J. Mark White.

On Tuesday, Rep.Greg Wren (R-Montgomery) plead guilty to using his office for personal gain.  In a plea agreement, Wren disclosed that he had worked in concert with Speaker of the House Mike Hubbard to place language into the 2013 General Fund Budget which would have given American Pharmacy Cooperative, Inc., (APCI) a monopoly over the right to administer the State’s Medicaid Pharmaceutical Benefits Plan (PBM).

It was also disclosed by Wren that Speaker Hubbard had a consulting contract with American Pharmaceutical Cooperative Inc., (APCI).

On April 2, White told the Montgomery Advertiser that the Speaker’s work for APCI “…has been public knowledge for some time and vetted with ethics staff.”

However, the Alabama Ethics Commission Director James L. Sumner told the Alabama Political Reporter in June of 2013 that he never saw the contract between APCI and Hubbard’s Auburn Network.

According to Sumner, Hubbard informed him after-the-fact of the business agreement between Hubbard’s media company, Auburn Network Inc., and the Bessemer-based APCI. “He said it [the contract] was to provide several services is what I understood. I don’t recall that he went into detail.”

Even though APCI was one of the most active groups lobbying for a share of $600 million-a-year in state and federal Medicaid money, Sumner told the Alabama Political Reporter that he saw no need for the Ethics Commission or its lawyers to examine details of the business arrangements between the Speaker of the House and APCI. “No, I never saw a contract and didn’t ask to see a contract,” Sumner said.

The contract between Hubbard and APCI was not listed on his Statement of Economic Interest form of April 30, 2013.

White also asserted that Hubbard’s work for APCI had been publicly known for sometime. However, Hubbard’s  work for American Pharmacy Cooperative, Inc., did not become generally known until the Alabama Political Reporter reported the story in June of 2013.

On Tuesday, Wren confirmed under oath in his plea agreement that, “Among the meetings Wren participated in while attempting to obtain legislative support for the Co-op Exclusive language were meetings attended by the Speaker of the Alabama House of Representatives.”

Wren swore to the fact that he only learned of Hubbard’s contract “subsequent to the meetings” he had with Hubbard and others.

This would seem to contradict the assertion by Hubbard’s lawyer that Hubbard’s contract with APCI had “been public knowledge for some time.”

Hubbard’s contract was not publicly known until Alabama Political Reporter reported it in June 2013.

AL.com reported an almost the identical story sometime after the Alabama Political Reporter broke its story.

White, has made several carefully parsed statements to the media on behalf of his client, Hubbard, and of which must be publicly made known and vetted.