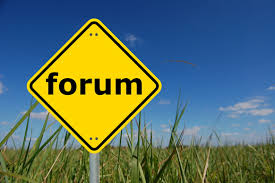 “I am running for three reasons: John Paul, Maya, and Vinnie: my three children.”

“My wife Amber and I chose a community to raise a family with safe communities and good schools.”  Amari said that if he is sent to Montgomery he will work to cut regulation and red tape.  Amari said he will work to improve trade schools and vocational schools.  “I have a vested interest in making sure that your tax money goes to schools.”

Joe Freeman said that he is a graduate of Hewitt Trussville High School and Auburn University where he got involved in conservative Republican politics.  Freeman said that he paged for Rep. Arthur Payne (R) page when he was just 13.  In college he worked to get rid of Seigelman (the last Democrat Governor of Alabama who now resides in a federal penitentiary).  “We changed that and got Riley (R) in office.”

As Chairman of the Alabama Federation of College Republicans Freeman served on the ALGOP State Steering committee where he voted against Amendment One (a Draconian set of tax increases supported by Governor Riley (R), Mike Hubbard (R), corporate lobbyists, AEA and the then Alabama Democrat majorities in both Houses of the legislature).  Freeman said that he has been a member of Jefferson County executive committee for ten years.  “This area desperately needs a fighter.”

Danny Garret said that he favors reducing role of government in lives.  “I love my community.”  Garrett said that God has blessed him with 32 years of success in the business community.  Garrett said he has negotiated numerous contracts in my career and has built a reputation as a problems solver.

He has experience serving on local school board and two university boards.  As a school board member he has encouraged parents to become involved.  Garrett promised to be a common sense voice in Montgomery and wants to be a problem solver.

Garrett said that home rule for Jefferson County sounds like a good idea at first glance, but Jefferson County filed bankruptcy several years ago and collected Illegal occupation taxes.  Without the power to raise taxes the County government has cut costs, county offices have got more efficient, and now the legislature has passed a law allowing municipalities to collect the car tag renewals.  “The free market works.”

John Amari said I do not support home rule.  Amari warned of the risk of putting too much trust into local government.  “I am always a proponent of limited government.”  Home rule would potentially allow government to grow bigger.

Joe Freeman said that Jefferson County should have limited home rule and criticized the 1901 Constitution.  “Things have changed since 1901.”  Freeman said that Rep. John Rogers threat to put a stranglehold on the County Commission was going too far so the County should be given limited powers, but taxing power should remain with the legislature.  “My answer is limited home rule.”

John Amari said the Republican Super Majority has done a good job of making government smaller and more efficient but they still have wasted money on things like decorating offices.  Amari said he will work to stream line government and will work to reduce waste.

Garrett said that the state has borrowed from Peter to pay Paul.  They shift dollars and programs from fund to fund.  There is always ways to cut spending.

Garrett said that much of regulations come from Washington DC.  There a lot of regulations that prohibits business particularly in the environmental area.  The EPA stuff is coming out of Washington.

Amari said that state based regulations should sunset every five years.  Amari said that the Secretary of State’s office has got a backlog of business filings that is six months unless you are willing to pay a $100 expedition fee.

Amari said that there are some places where the federal government does not belong and one of those areas is education.  He vowed to cosponsor legislation to repeal Common Core.

Freeman said that the whole process has been hijacked by the federal government.  “Once we are hooked we are hooked.”  “Common Core needs to be repealed.”  We have got to keep education local.

Garrett said that Common Core has divided Republican voters and that something this divisive must be repealed, but said we can’t go back to where we were.  We need standards higher than common core.

Freeman said, “I am not in favor of Medicaid expansion at all.”  Medicaid already takes half of the general fund budget.  “The problem is that doctors are getting rich off indigent healthcare.”  Freeman said that the real problem with Medicaid is in the billing.  This is a statewide problem.  Primary care is being billed as acute care.  “The system is being bled dry by people trying to get rich.”

Garrett said that Governor Bentley is right about refusing to expand Alabama Medicaid and warned that Medicaid expansion is part of the Obamacare law.  We should not do that.  “Let the free market work.”
Amari said, “I stand with Governor Bentley on expanding Medicaid.”

Garrett said I support the gun legislation that was passed in the last session.  “I do believe that business owners have the right to determine if guns are brought on their premises,” and said that there is a liability issue for property owners.

Amari said, “I am a card carrying member of the NRA.”  Amari said that he supported the recent bill allowing citizens to carry their gun in their vehicles.  “I am for as few restrictions as possible.”

Amari said, “The best way to protect our school funding is to keep cutting bureaucracy.  We have too many politicians in Montgomery trying to get as much money as they can.”  Amari blamed the problems on career politicians.  Amari said that he favor continuing to cut bureaucracy to get money to the classrooms.  “Teachers should not have to pay for construction paper,” as his sister (a teacher) has to do.

Freeman said that he will vote against any tax increases.  The schools should cut overhead.  The state should come in to failing school systems and cut the bloated staff.  Freemans said that this is going to be painful.

Garrett said that the state needs to attract jobs by luring new industry and new businesses like Remington out of New York.

Freeman said the prisons are overcrowded and Montgomery politicians have been sweeping this fact under the rug and hoping that it goes away.  Freeman said that the state should consider the possible early release of non-violent offenders and warned that the federal authorities are probably going to make us build prisons.  We probably going to have to spend a couple of $hundred million next year to deal with prison overcrowding. Freeman said that the prisons need to teach skills to prisoners about to be released to get them back as productive members of society.

Garrett said the state needs a plan to address the root problem.  We need a strategy to get the justice department off our back and a strategy to reduce the amount of the state budget going to corrections.

Amari said that the state is going to have to both release inmates and build more prisons.  Amari warned that the federal government is likely to intervene soon.  Amari said part of the problem is mandatory minimum sentencing.  The sentencing guidelines need to be reformed and local judges given more flexibility to determine who the real bad guys are.

Garrett said that custody guidelines need to be revised and revamped so that more fathers get custody of their children or joint custody.

Freeman said there has been a past where the mothers have received favorable treatment there are situations where the father would be better.  Freemans said that fathers should have an equal opportunity to have custody.

Amari said that he is fighting for the future of Alabama’s children.  I want to know we have the best trade schools and vocations schools in the country.  A four year degree is not the best option for every child.

Freeman said that he will fight for the taxpayers and ratepayers of Jefferson County.  He supports passage of a taxpayer protection act.

Garrett said that the state should raise education standards.  He wants to lock everybody in the room and stop fighting in order to move education forward in this state.

Freeman said after two terms you ought to be done in Montgomery.

Garrett said that George Washington was a great example and he also supported a two term limit and a prohibition of former legislators lobbying current legislators.

Amari said that the Founding Fathers did not intend for career politicians.  “They start listening to special interests and stop listening to us.”

Freeman said there is too much money.  Folks get down there and they lose track.   “Legislators should never be allowed to lobby other legislators ever.”

Investment banker Joe Freeman, attorney John Amari and Trussville School Board Vice President Danny Garrett are all running as Republicans for the House District 44 seat in the June 3rd Primary.