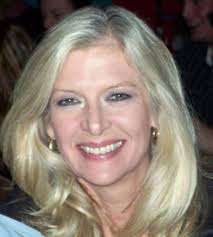 Rep. Phil Williams (R) from Huntsville said on Facebook, “Now for something completely different.  Just for fun every year one bill is awarded the “Shroud” award for a bill that was most likely Dead on Arrival. This year the award for the most outrageous bill goes to. . .

The bill that would have provided for a 4th of July TAX FREE HOLIDAY for guns and ammo.”

The bill was sponsored by Representative Becky Nordgren (R) from Gadsden.

Nordgren’s bill was meant to encourage Alabama residents to buy guns and ammunition without paying sales taxes on the nation’s birthday…..a victory that was won by American gun owners.

Rep. Nordgren said in a statement when the legislation was introduced, “The anti-gun agenda being pursued by Barack Obama, Congressional Democrats, and other D.C. liberals has caused the cost of firearms and ammunition to skyrocket, and Alabamians, who embrace guns by long-standing tradition, deserve some relief.”

“Holding a firearms sales tax holiday at the anniversary of our Nation’s birth is the perfect way to celebrate the rights and independence that we hold close to our hearts as Americans.”

HB 559 would have waived the 4 percent state sales tax on guns, ammunition and firearms supplies from Friday through Sunday prior to the Fourth of July 4 each year. 22 representatives signed on as co-sponsors on Nordgren’s bill.

Critics said that Nordgren was pandering to Alabama’s Second Amendment supporters during an election year.

In 2013 gun supporters had tremendous legislative success with passage of the Omnibus Gun Bill which made Open Carry technically legal (where allowed by property owners), allowed gun owners to keep an unloaded gun in a difficult to access part of their automobiles, and which made it easier for Alabamians to get concealed carry permits.

2014 was not a good session for gun owners. The sales tax holiday for gun purchases never went anywhere and Senator Scott Beason’s bill to allow Alabama residents to carry a loaded gun within reach in their car passed in the Alabama Senate but died in a Committee on Tuesday in the Alabama House when no legislator would second the motion.

This was a big issue for gun owners because while technically they can “open carry” their firearms without a concealed carry permit when they get in their vehicle they have to unholster that gun from their person, unload it, and place it in a locked box (not the glove compartment) out of their reach in a trunk or similar location to be legal. Gun owners consider their vehicles to be an extension of their homes, but Alabama law does not. To really be legal with a loaded gun in a vehicle, gun owners need to still get a concealed carry permit.

Last year Rep. Patricia Todd (D) from Birmingham won the Shroud award for her efforts to legalize marijuana in the state of Alabama.