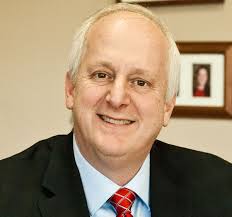 Tom Vigneulle is running for Congress in Alabama’s Sixth Congressional District.  On Monday, April 7, Vigneulle took some time out from his busy campaign to talk in depth with the Alabama Political Reporter.

Vigneulle said that his campaign was building some momentum.  Tom Vigneulle is a businessman who owns Royal Mattress Manufacturing on Highway 31 in Pelham.

Vigneulle supports switching our federal taxing system from a complex mix of payroll, death, gift, capital gains, excise, dividend, corporate, and hidden taxes to the Fair Tax.  Vigneulle said that the Fair Tax is a sales tax on consumption not an income tax.  Some tax reformers favor a flat tax where everyone would pay a flat income tax rate.  Vigneulle’s fair tax plan has no tax at all on income.

Vigneulle said the Fair Tax is a 23 percent consumption tax that would apply only on to on retail new products sold retail to the end user. The more of your income that you spend, the more taxes that you pay. The Fair Tax also takes care of the poor because every American would get a prebate from the government every month regardless of income large enough to take care of everyone’s bare necessities.  For a typical family of four the prebate would be nearly $600 a month.  A family of four would receive almost $7200 a year back from the government.

According to the Alabama Political Reporter’s math, families making that which spent every penny of their income on new merchandise would essentially have $31,000 in income before they started paying more in taxes than they get back.  Poorer families would actually make money on this system.

Mr. Vigneulle said the Fair Tax is revenue neutral.  “Most people are going to pay less overall   except for the ones who have been cheating.”  The Fair Tax would end all the payroll tax withholdings. “If they (taxpayers) make a $1000 a week they will actually take home $1000 a week.”

Vigneulle favors repealing and replacing Obamacare (the Patient Protection and Affordable Care Act of 2010).  The Democrats keep saying that Republicans have no plan, but there are a number of great proposals out there.  The Heritage Foundation has one.  Dr. Carson has one.

Vigneulle said that Obamacare, “Has taken over 20% of our economy that didn’t need to be replaced.”  Vigneulle says he has seen his own healthcare insurance premiums jump from $684 a month to $1524 a month.  His family had no coverage at all in January for the first time in his life due to the changes due to Obamacare.  He has coverage now, but as a small businessman he has seen how Obamacare has harmed the healthcare insurance market personally.

The Alabama Political Reporter asked if a Republican Congress will be able to sit down with President Obama and work out a compromise.  Vigneulle said, “With this President there will not be a compromise.”

Vigneulle said that President Obama is not acting under the restrictions placed on the President by the U.S. Constitution.  “Why our leadership is not taking a stand on those issue is beyond me.”  “We are not getting strong leadership from the House.”  It is frustrating to most Americans.

They want the Republicans to take a stand.

The Alabama Political Reporter asked Vigneulle if he would support John Boehner (R) from Ohio for another term as Speaker of the House.

“I will not vote for Boehner as the House leadership,” Vigneulle said.  “I think we are very close to getting a change at the top.”

The Alabama Political Reporter asked if the abortion debate is ‘settled law’ and we need to accept it and move on.

Tom Vignuelle said, “My opinion is that it isn’t settled.  I believe that life begins at conception.”

The Alabama Political Reporter asked about how the present poverty situation has resulted from a decline of the family within the culture and the dramatic increase in broken families and unwed mothers.

Vigneulle said, “The Church has abandoned the government.  There needs to be a partnership between government and churches.”  We need to have moms and dads in the same home.  The Churches have allowed that to happen.  We don’t need to beat up people, but Churches should be providing mentorship programs to teach young people and train them so that they have a strong family home.

Vigneulle believes that implementing the Fair Tax program will put more money into people’s hands. The economy is really going to grow and the federal government will have more money to balance the budget and to begin to pay down the debt due to the increase in economic activity as well as capturing the money in the underground economy.

Vigneulle said that the Federal Reserve needs to have a single purpose of maintaining the strength of the dollar.  Vigneulle does not favor attacking the debt by devaluing the dollar and paying back the debt with a weaker dollar.  “There are 60 seconds in a minute and there should be one hundred cents in the dollar.”  Vigneulle believes that a stable dollar is necessary to motivate businessmen to take risks.  The dollar should be worth approximately the same value a year from now.

The Alabama Political Reporter asked if the country should go back to the gold standard.

Vigneulle said it can not happen overnight, but yes he could support that though it would be a high task to accomplish.

Vigneulle said, “We have got to change the philosophy that this president has moved in.  The federal government is passing 3000 new regulations per year on top of all the things they have already done.  Every rule, regulation, or tax needs to be passed by the House of Representatives and approved by the Senate for it to become law.  We have got to get these regulatory agencies under control.”

Vigneulle favors aiding Americans in need of assistance but persons receiving assistance need to have to do some sort of work in order to receive that assistance.  There are exceptions for those who really can’t take care of themselves.

Vigneulle said that the main reason that Russian President Vladimir Putin invaded Ukraine and annexed Crimea is that we lied to our allies.  We promised Poland and our eastern European allies that we would build a missile defense shield then we didn’t do it under this President.  “We have a president that punishes our allies and rewards our enemies.”  “We did not keep our promises to the Ukraine.”  We need a President whose word is his bond.  We are breaking promises that were made to our own military.  “We need to reestablish that our word is our bond.”

Vigneulle said that he supports the Ronald Reagan philosophy of ‘Peace through strength.’  The current administration has weakened us and emboldened our enemies.  “We have things going on that didn’t happen when we had strong leadership in the Whitehouse.”  Vigneulle cited the Ukraine crisis, the situation in Syria, and Iran as examples.

The Alabama Political Reporter asked if his lack of legislative experience would be a disadvantage for him if he were to win this race.

Vigneulle said, “This is an even table.”  “They haven’t been at the federal level.  They will do the same thing I will do,” and that is to hire someone to help him get his congressional office up and running at speed.

Vigneulle said regulations are a way for the progressives to take control so that they can have the pie.  He said that he supports common sense regulations.

Mr. Vignueulle said that he is running a clean campaign.  “I am trying to be the quarterback of the team.  I am not taking pot shots at the other candidates.”  Voters have to learn why I am the best candidate.  “I don’t need to take pot shots at these candidates.”  Vigneulle believes that if he wins the Republican Primary that he will be able to unite the various Republican factions for the November election.

Vigneulle said that he relates to people in the district because he is a small business owner.  “I am one of them financially” and am part of the community.  “I believe I can relate to their stories in a better way.”  Vigneulle is appealing to the hearts and minds of the constituents in the Sixth District.

Vigneulle supports term limits.  “There is a bill that has been proposed that only six Republicans have signed.”  It would limit Congressmen to just six terms in the House or two terms in the Senate.  He would prefer even shorter terms but he wants to pass a bill on term limits.

Vigneulle raises beef cattle on his family farm and has a better understanding of farming than some candidates in this race.  “I have a better grasp of the basic (agricultural) issues than some of the other candidates.”

Vigneulle said that having small business experience is a big asset in this race.  “I understand how to live under regulation and taxation.”

“We have to take the boot of the federal government off the throat of the American people,” Vigneulle said.

Vigneulle is running in a crowded Republican field that includes: the co-founder and longtime CEO of the Birmingham based Alabama Policy Institute (API), Gary Palmer; longtime Harbert executive, Will Brooke;   Indian Springs orthopedist Chad Mathis (R); state Senator Scott Beason (R) from Gardendale, Robert Shattuck, and state Representative Paul Demarco from Homewood.  The Sixth Congressional District is one of the most conservative districts in the entire country.

The winner of the Republican Primary will still have to face Democrat Avery Vice in November. 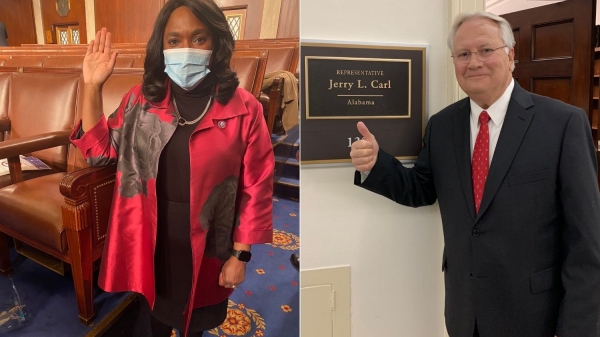