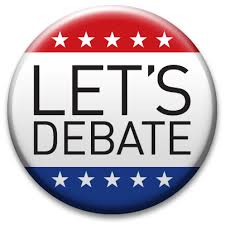 This week, at an event hosted by the Coffee County Republican Club, House Representative Barry Moore and his primary challenger Joshua Pipkin got into a somewhat heated exchange, spending some of that encounter on issues, but a significant amount of time on another politico: Speaker of the House Mike Hubbard.

Pipkin used his time to discuss the recent widespread release of an audio recording of a phone call between himself and Moore in which the incumbent Representative relays to Pipkin that the Speaker is angry about a GOP challenge in Moore’s primary. Barry Moore, who was elected in the 2010 “storming” of the State House, further explains to Pipkin on the call that Hubbard would kill hundreds of jobs in the district if he did not agree to drop out of the GOP primary race.

The audio recording of the call between Pipkin and Moore can be heard here.

Representative Moore defended the Speaker throughout his remarks, often turning the subject of vilification from Hubbard to – you guessed it – the AEA.

After Pipkin’s comments on the job elimination threats, Moore, according to the Dothan Eagle,said, “Enough about the negative. Let’s turn to the positive.”

This was directly followed by Moore saying that the AEA, which he called “the 900 pound gorilla in the room,” is “dragging” him “through the mud.”

The AEA has also recently been on the receiving side of attacks by Speaker Hubbard and Senate Pro Tem Del Marsh, with both accusing the teachers’ professional association of funding questionable campaign attacks against them through “dark money” nonprofits, although no direct evidence has as of yet been put forward.

Hubbard was thrust into the spotlight again when Moore and Pipkin were asked whether they would vote for Mike Hubbard for Speaker of the House next quadrennium. The answers were predictable.

“As it stands right now, I would support Mike,” Barry Moore told the crowd.

“He has done what he said he would do. If something comes up and I shouldn’t, I won’t.”

Pipkin, on the other hand, said that Hubbard should not count on his vote.

“No,” he responded. “Mike Hubbard called and threatened jobs in this county. A vote for him is irresponsible. He is about to be indicted more than likely. He has forced me to testify in Lee County and has forced my opponent to testify,” he said.

This Coffee County – Lee County soap opera comes at the heels of revelations by APR that a house owned by Moore was sold for hundreds of thousands of dollars to the very company whose jobs Hubbard allegedly threatened over Pipkin’s candidacy.

In the comment section on the story on  APR’s Facebook, Representative Moore and Pipkin’s wife got into somewhat of a spar themselves.

Moore posted first, calling our coverage of the home’s sale an attack:

“I blocked Josh… For this attack to come 60 days prior to an election is just a little to coincidental. I just would rather not listen to disingenuous comments for personal damage control. I’m sorry our community is having to endure such things really disappointed.”

Kattie Frey Pipkin, the wife of Josh Pipkin, was apparently moved by his comments, lauching an extensive expose of Moore’s actions, even mentioning the Lee County grand jury multiple times:

“You and Mike Hubbard had been a part of the Lee County grand jury investigation long before Josh decided to run. Your actions were being monitored by the AG’s office. Josh was contacted and informed that threats were going to be made by you and Mike Hubbard. He was advised to allow the attorney general’s office access to these conversations. He has done nothing but cooperate with the attorney general. He would love to comment now but he can’t because of Grand Jury Secrecy Laws. You know every bit of this to be true and hired a defense attorney the second the AG played the conversation for you. I am proud of Josh for having the fortitude to stand up to the corruption in Montgomery. You should be ashamed of yourself…When you went to Montgomery, we believed you would change things, not become a part of the problem. This is exactly why good men don’t get into politics.”

Moore and Pipkin will face off in the Republican primary race for Alabama House District 91 this June. The winner of the primary has no Democratic opposition in the general election, so will win this summer by default.