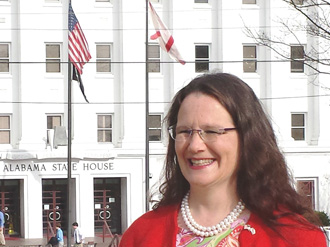 OZARK—Army veteran and family doctor Jennifer Marsden from Newton announced in a statement that she has received the endorsement of Progressive Majority in her bid for election to the Alabama House.

The campaign, Wiregrass for Jennifer Marsden, made the announcement at the monthly gathering of Dale County Democrats in Ozark on 17 April.

Dr. Marsden said, “I am honored to receive the endorsement of Progressive Majority, a true grassroots organization that has done so much to promote freedom, justice and democracy in the United States.” She went on to say, “Our thanks go out to President Gloria A. Totten for helping to promote young political newcomers like myself.” Attendees at the Dale County Democratic Headquarters were excited to hear that their candidate for District 93 had garnered national support from an organization that seeks to bring new people into the political process at all levels.

“Dr. Jennifer Marsden is the clear choice for the hard working families in House District 93. Progressive Majority is excited to stand with her as she works to make the people of Alabama the legislature’s number-one priority,” said President Totten. “Jennifer’s strong support of well-paying jobs, quality education and accessible healthcare for all Alabamians makes it a pleasure to endorse her candidacy.”

Marsden is the first woman to run for state representative in this district which covers much of Dale and some of western Houston County. She has been slowly building momentum among Wiregrass residents, most recently connecting with citizens at the Crawdad Festival in Ozark and the Tri-State BBQ Fest in Dothan. The doctor’s campaign slogan “Good Medicine for Alabama” resonated well with folks at these events and they are excited to see a real choice in the upcoming election.

Dr. Marsden has no Democratic opponent in the primary election but faces a stiff campaign against 20-year incumbent Steve Clouse (R-Ozark) in November. Clouse was promoted to Chairman of the powerful General Fund Committee by embattled Speaker of the House Mike Hubbard (R-Auburn) in 2013.

Brandaun Dean is the first Democrat running for U.S. Senate 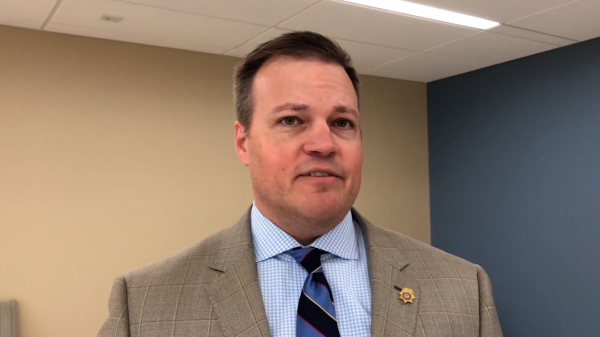 The arrest was based on a complaint filed by Attorney General Steve Marshall’s office, charging him with first-degree perjury.