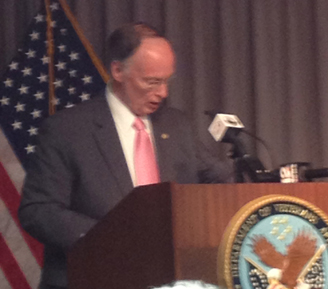 For those who take voting responsibilities seriously there is nothing quite as disconcerting as looking at two names on a ballot and thinking: I know nothing at all about these people and I have to pick one.  Most primary voters have had this experience.

That is why the Alabama Republican Party is sponsoring events like the Pumpkin Patch Rally in Clanton.  Citizens are given an opportunity to go and interact with a number of statewide, congressional, and legislative candidates, pick up campaign literature, and get yard signs

Alabama Republican Party Chairman Bill Armistead said, “As Alabama Republicans, we’re uniting to work for the good of our state and nation. We need everyone to jump in and help our state and local leaders fight for our values. We have to continue standing up for our principles and our beliefs so that our children and future generations can have the same way of life we have had.”

The Alabama Republican Party announced that the Pumpkin Patch Statewide Rally event will be held on Saturday April 26, 2014 in Chilton County from 10:00am to 2:00pm. The Rally will be held at 1901 Lay Dam Road, Clanton, AL 35045

ALGOP wrote that this will be a statewide rally, we will have BBQ, and bouncy houses and face painting as entertainment for kids. There will be an opportunity to hear from all candidates in attendance and a location to pick up yard signs!