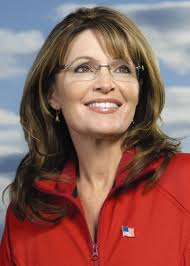 “An Evening with Sarah Palin” will be held on Friday, April 25, 2014 at the Orange Beach Event Center at The Wharf at 4671 Wharf Parkway in Orange Beach, AL at the intersection of Canal Road and The Foley Beach Express.  Governor Palin will speak at 7:00 p.m.

Governor Palin is promoting her books.  Palin’s “Going Roque: An American Life” sold over two million copies.  Palin is also the host of a TV show on the Sportsman’s Channel and is a Fox News contributor.

The conservative pundit and governor is also promoting a convention of states to reign in excesses by the Federal government.

Palin said on Facebook Tuesday, April 22nd:  “There was good news this week for grassroots patriots working to bring about a Convention of the States for the reasons outlined in Mark Levin’s book “The Liberty Amendments” because this is the tool the Constitution gives us to rein in our out-of-control federal government via a process to amend the Constitution to include things like a federal balanced budget amendment, etc. This week the Alaska and Florida state legislatures passed bills in favor of the Convention of States. It’s already passed in Georgia and Alabama; and it’s in the process in Missouri, South Carolina, and Arizona.”

Alabama’s early presidential primary is expected to draw more national figures to the State in the coming months.