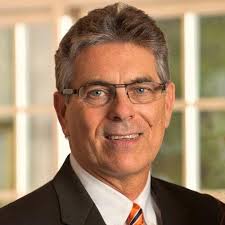 One member of the House Republican Caucus has plead guilty of illegally using his office for public gain, Rep. Greg Wren (R), and a second, Rep. Barry Moore (R), has received four indictments for perjury and giving misleading statements to State investigators.  The Wren plea named Alabama Speaker of the House Mike Hubbard (R) from Auburn three times.   The testimony which Rep. Moore allegedly was untruthful about was reportedly Speaker Mike Hubbard’s efforts to protect his trusted lieutenant’s, Moore, seat from a primary challenge.

Clearly the “big fish” (at least one of them) that the prosecutors in the Lee County Grand Jury are fishing for is Lee County Representative Speaker Mike Hubbard.  It is too early in the process to know if the popular Auburn Representative will even be indicted…..much less convicted.  Everybody in this nation is presumed to be innocent until they are actually convicted by a jury of their peers after all….even Barry Moore.  That said, it is time for the people of House District 91 to decide whether or not they want to give Mike Hubbard four more years as their representative or not.

Sandy Toomer is giving Lee County Republican voters an option on election day, which is just five weeks away.

Sandy Toomer states on his website that he believes when the people lose confidence in the integrity of public officials, it is time to demand reform. The Alabama Legislature has convened twice to consider ethics reform measures. Both times, Speaker Mike Hubbard failed to improve integrity in state government. He boasted about the end of PAC to PAC transfers of money to hide contributions, but he didn’t tell you that his new law allows unlimited money from corporations to go directly to candidates for public office.

Toomer says the latest trend is the resignation of lawmakers who immediately become lobbyists. This is known as the “revolving door.” At the end of 2013–less than a year before the next campaign– two of Mike Hubbard’s House Committee Chairs resigned to become lobbyists. Their resignations forced two costly special elections to fill their vacancies.

Toomer said, “I will work to prohibit unlimited corporate donations to political candidates and end the revolving door of lobbyist contracts. We send people to the Statehouse to make government accountable to the people. When elected leaders violate that trust, it’s time to make a change.”

Toomer also supports term limits, ““When you make public service a career as an elected representative, it goes against the grain of how our government in America was founded and intended. I promise to represent you in Montgomery for no more than two terms in the House of Representatives. Entrenched incumbents stymie the introduction of fresh ideas.”

Toomer also opposes the Accountabilty Act, “I opposed the recent property tax proposal because it targeted hard-working business owners. We need to put local dollars in our schools, not send them to Montgomery to fund private schools. I oppose Mike Hubbard’s Robin Hood education plan and will vote to stop it.”

Toomer is also promising to fight Common Core, “If you like Obamacare, you will love Common Core. It’s just one more attempt by the President to influence the curriculum in our schools and reverse proven methods of classroom instruction. While Mike Hubbard supports common core, I will aggressively work to repeal it.”

The winner of the June 3rd Republican Primary will still have to face a Democratic opponent, Shirley Scott-Harris, in the November general election.