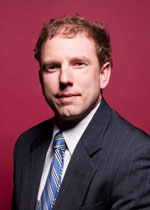 According to records from open.alabama.gov, Philip Bryan, chief of staff for Senate Pro Tem Del Marsh’s office, makes $105,000 annually, which is approximately the same salary as Governor Bentley would receive were he to accept a salary. It is also approximately double the average Alabama legislator’s pay, and more than double the yearly income for an average Alabama family.

Bryan, who ran communications for Hubbard during the 2010 “storming” of the State House, is referred to in the Speaker’s book on the topic as the campaign’s “master of propaganda.”

During the 2010 campaign season, Bryan was on the payroll of the Alabama Republican Party, then being payed $50,000 a year. Before 2010, Bryan had no experience in politics, as is explained in detail in Storming the State House.

2010 did not end with only $50,000, though, for Bryan and other key ALGOP staffers. According to records from the Secretary of State’s office, Bryan and four other Republican Party staffers received $38,000 bonuses in December of 2010, the month after the historic election cycle ended.

The “win” bonuses came in the form of a questionable transaction in which a GOP Senate staffer, at the direction of Senator Jabo Wagonner, R-Vestavia Hills, donated $100,000 to fund the bonuses to the 136 Years PAC, who sent the checks to Bryan and company.

The Senate staffer, named Monica Cooper, was then reimbursed the $100,000 from Wagonner’s PAC, the New Alabama Leadership PAC, constituting what amounted to an ethically questionable chain of events used to circumvent the then newly passed PAC to PAC transfer ban, which was signed into law by Gov. Bob Riley the very day that Cooper made the $100,000 donation to the 136 Years PAC.

When asked about the bonuses, Senator Del Marsh pointed not to Senator Wagonner, who Cooper said had directed her to donate the $100,000, but to Hubbard, who was then ALGOP Chairman, as the person who authorized the bonuses.

Marsh told AL.com, though, that he believed the staffers deserved the win bonuses given their meager salaries provided by the party – salaries which, in fact, were around $50,000 annually, more than the income of an average family in our State.

In 2012, despite no teacher, state employee, or support staff pay increases, Bryan was afforded a nearly 25% raise, bringing his compensation to its current level.

The Alabama Political Reporter has also covered the ever increasing budget breaking on the part of Speaker of the House Mike Hubbard.

Detailed in “Spender of the House,” APR uncovered the fact that according to official budget reports from the Legislative Fiscal Office, under the leadership of Mike Hubbard, R-Auburn, the Office of the Speaker of the Alabama House of Representatives has spent more money every year since his election, more than doubling on average from the previous quadrennium under Democratic Speaker Seth Hammett.

Overall, the budget increases, budget busts, and skyrocketing staff salaries embraced by Speaker Hubbard and GOP leadership represent an attitude not of leadership, not worthy of a Speaker, but the Spender of the House.