During this election cycle, there is one spot on the ballot that will have a bigger impact on your family and your pocket book than any other – Alabama’s Public Service Commission. Many people are unaware of the PSC, but we are in charge of serving the public interest by ensuring the regulated gas, electric, rail and telecommunication industries of Alabama provide safe, reliable and quality service at reasonable rates. The PSC normally isn’t the center of political controversy but things changed last year when President Obama’s environmental allies descended upon Alabama.

President Obama has previously made it clear that his administration and its allies would pursue a radical leftist energy policy no matter the cost to Alabama’s families and businesses. Instead of reasonable regulations focused on maintaining a balance between environmental concerns and business interests, President Obama’s EPA seems hell-bent on shuttering businesses and killing jobs at a time Alabamians and the economy need them the most. Just last week the Supreme Court sided with the EPA in a decision that will ultimately close more coal plants across the country and kill jobs.

I’ve taken a stand against the EPA’s overreach, special interest groups in Alabama funded by California liberals, and President Obama’s “war on coal”. I made sure that Alabama citizens had an equal opportunity to be heard in the PSC’s rate hearings. Rather than sitting in Montgomery and asking Alabamians to travel to the PSC, we conducted hearings throughout the state so that every Alabamian would have a voice in the rate setting process. I took this stand for Alabama families and small businesses and I would appreciate your support as I continue to fight for the values and interests of our state and its citizens.

The environmentalists wanted to turn the rate review into a courtroom proceeding and replace your voice in the rate setting process with special interest lawyers. More importantly, they wanted to stick the taxpayer with the increased cost of those proceedings. These environmental ideologues are not interested in the rate setting; they only care about forcing their radical energy agenda on conservative states like Alabama.

If these extreme perspectives had been successful then higher energy rates would fall on businesses and families. President Obama even admitted this in a 2009 interview when he said, “under [his] plan, energy prices would necessarily skyrocket.” Instead, the PSC was able to keep costs down and saved Alabamians money.

As your Public Service Commissioner I have fought to keep utility prices reasonable for all Alabamians and I plan to continue that work. It has been an honor to serve as one of your representatives on the PSC and I hope you will give me the opportunity to serve you in the future. 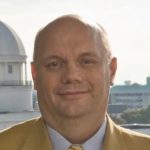 A toxic plume that formed underneath several blocks of downtown Montgomery is being removed from the EPA’s superfund priority list after years of cleanup...

Last updated on July 25, 2020, at 07:37 amThe Alabama Department of Environmental Management announced today it has reached a landmark consent order with...